What's on your mind?

So this fan fic is a retelling of Jurassic World Dominion with Dinosaur characters based off of Characters from the 1997 film Jungle Emperor Leo and it features a albino velociraptor named Leo who learns that his mate, Lyra, has just given birth to twin Hatchlings Lune (pronounced Lu-Ney) and Lukio. then the family are evolved in the events of Jurassic world Dominion and Owen will take them in 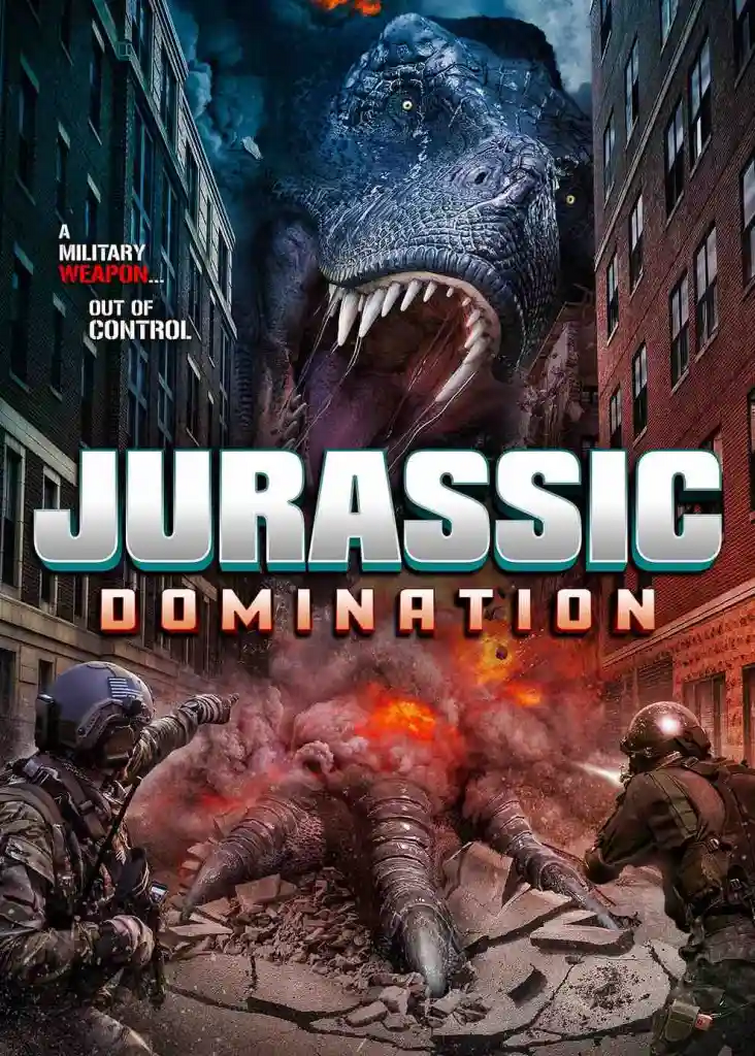 its made by the scumbag studio themselves the asylum 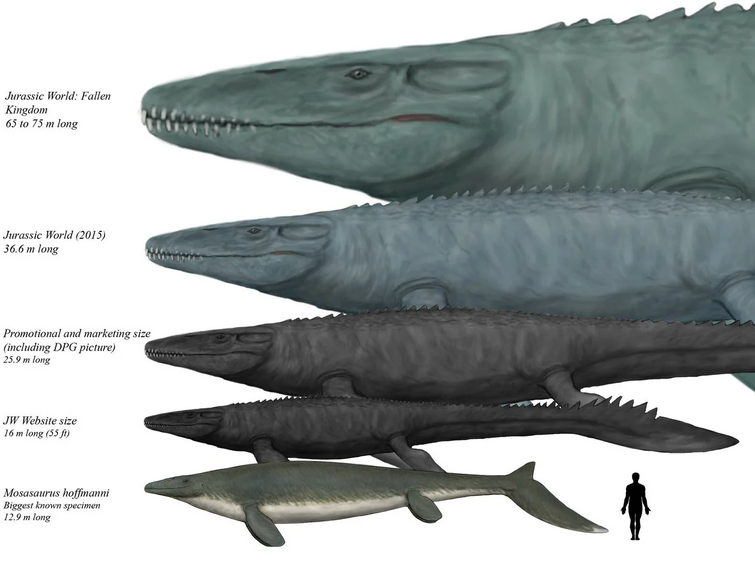 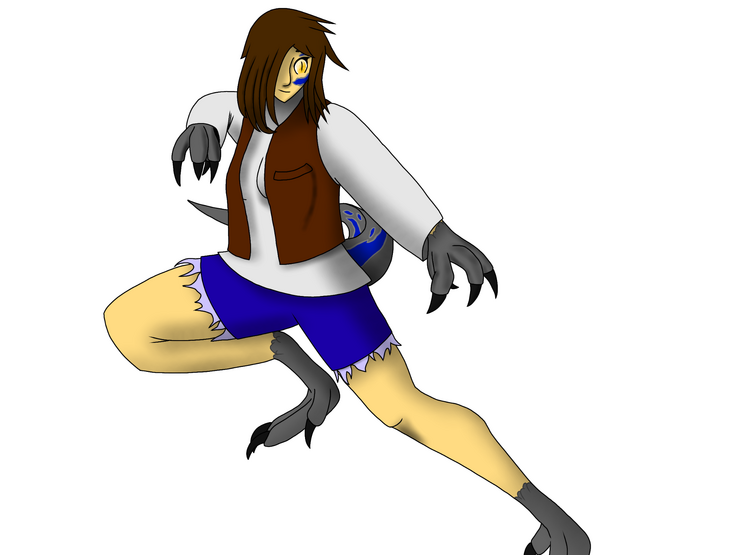 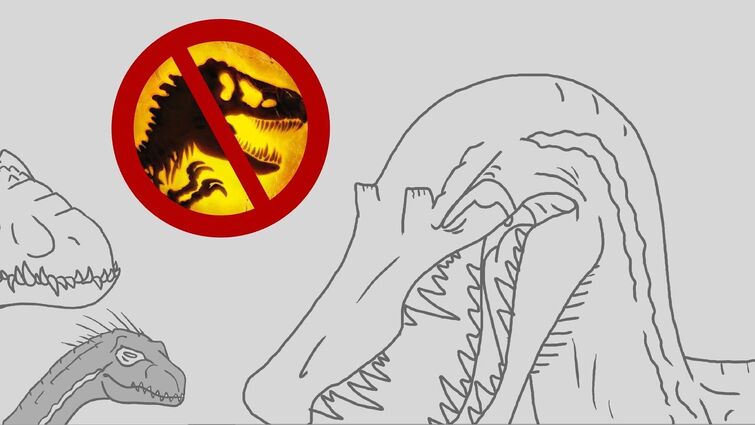 The Spinosaurus after not being in Jurassic World: Dominion...YouTube 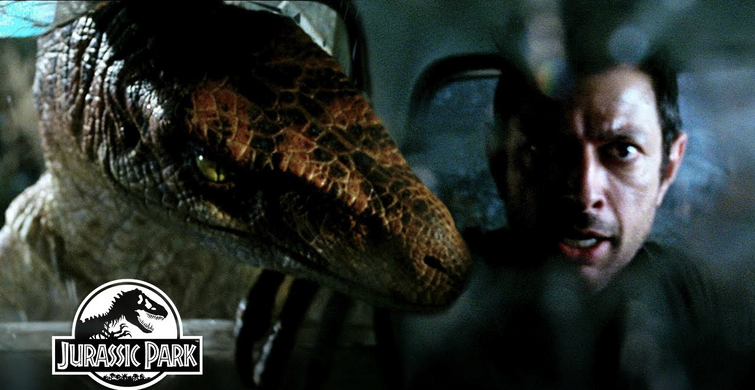 Everyone knows that Jurassic Park is a masterpiece, so recreating that magic is IMPOSSIBLE, so it does what all of the greatest sequels do… it picks up naturally where the first film LEFT OFF.

It doesn’t try to cheaply recreate what the first film does (JP3) but rather it is a COMPLETELY DIFFERENT movie. It’s a darker movie, the characters are sarcastic, the tone is so much MEANER than the first film and rightfully so.

It takes the tension set up from the first movie and CRANKS IT UP TO 11.

It’s also the best shot film I have ever seen in my entire life, up there with Lord of the Rings… and the CGI/Animatronics are the best in the series

Also John Williams’ score is even better than the first.

Also I have never read the book so don’t even…

Yep, And The Stegosaurus Sounds Like A Pitched Godzilla Roar 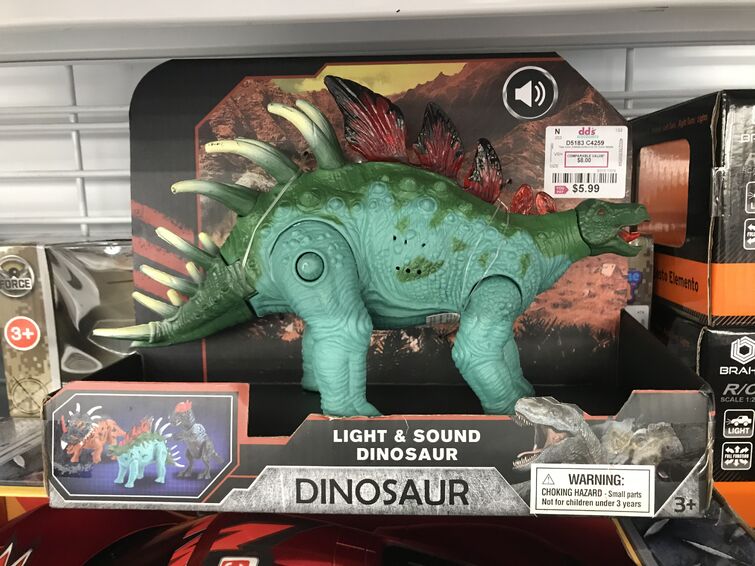 After watching dominion in theatres I noticed most of the stuff to do with the original main trio had no mention of the events of JP3, which means Dominion might of completely forgot or just straight up neglects the fact that JP3 even happened, and the changed updated lore of what happened on Isla Sorna thanks to Camp Cretaceous seems like most of the ideas were erased, a massive extinction never happened on the island, the Spinosaurus is pretty timid etc, so is JP3 still considered canon or not?! 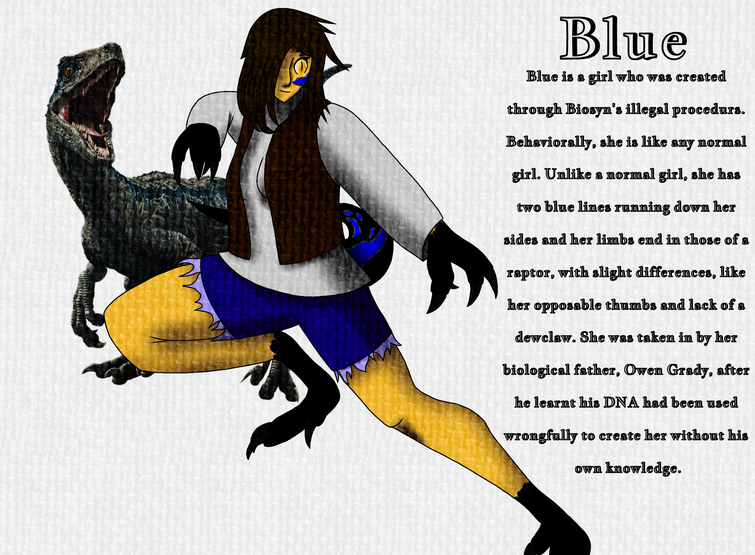 Can we post Gaming stuff relating to the Jurassic Park franchise? Such as: 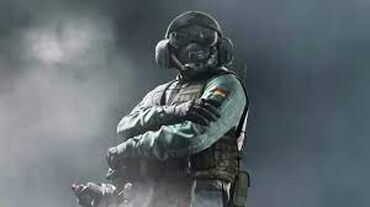 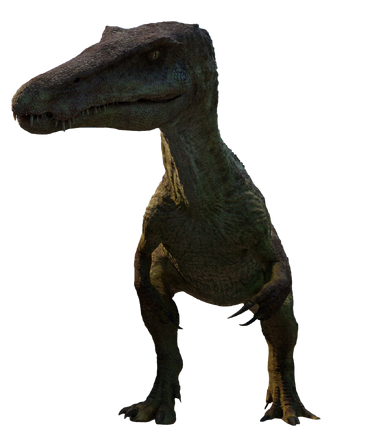 Chaos Theorem posted on Twitter that the island was never barren and deserted like a lot of people have been saying since the DPG came out.

At this point I'm gonna stop saying it

1. Quetzalcoatlus means "Feathered Serpant God" and it is Named after the Aztec God, Quetzalcoatl who was the God of Wind and Rain.

2. You Know that Quetzalcoatlus could walk and definitely fly, but did you know it could also jump. Yes, it is believed that Quetal could jump up to 8ft high. It likely used this perk to allow it to take off much easier.

3. The feeding methods of Quetzalcoatlus are currently Unknown as they were once believed to be a Scavenger, then a water skimmer and then it was believed to eat small animals.

1. A Quetzalcoatlus fossil was used for the initial structure of the Pteranodon in the Jurassic Park Movies.

2. Quetzalcoatlus was cut from the first Jurassic World movie. It is Unknown what role it would have played in the movie but it may have replaced one of the existing pterosaurs in the movie. 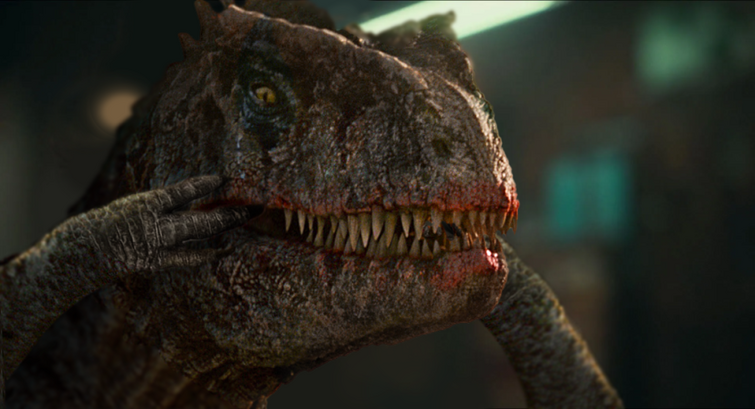 Did the Giganotosaurus have that big D energy? And by D I mean Dark Knight, I mean having the joker turn into a Giganotosaurus is pretty crazy, not to mention when biosyn used the Bat Signal to lure Batman into a trap to fight the Joker

Robin felt pretty sidelined but hey maybe they want to give him his own Arc with his Raptor form, it would be pretty insane, maybe assemble the Teen Titans with him in his Raptor form, Starfire as a Ankylosaurus, Cyborg as a baby Brachiosaurus, Beast Boy as Brooklyn and Raven as the Spinoceratops babies

Oh and Slade would be the Scorpios Rex of course 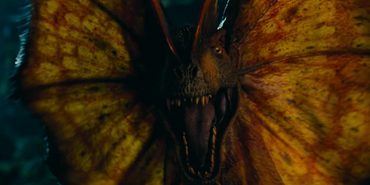 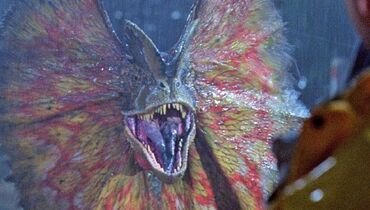 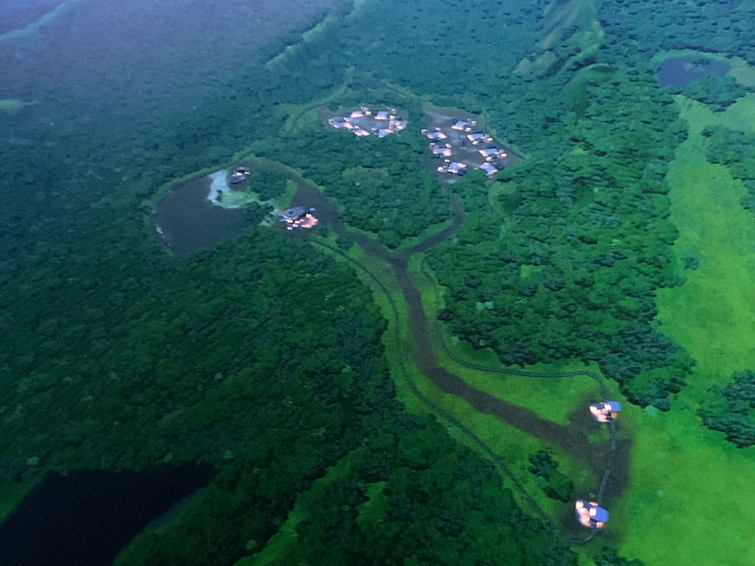 Brad: Current opposing force against Evrimacron, the same people who gained your trust and then stabbed you in the back

Brad: yeah, I’m a spy, I gave Legacyn status checks on Evrimacron and what their plans were, that’s how we have the advantage.

Jacob: the name is Jacob, I joined this place after a certain scientist shot me, I was lucky enough to survive, and I sent out an SOS to Legacyn so they could save me. That’s how I ended up here.

Sammy: why did this scientist shoot you?

Jacob: I almost exposed them

Maggie: Evrimacron is a terrorist group who will give a random cartel that giga, and they will use that gigas dna to clone more genetically enhanced giganotosaurus to overthrow the Mexican government. They’re also making an attraction park to raise money to fund Evrimacrons advances in technology and genetics, as well as pay the cartel.

Connie: damn, so we have to deal with two big bads, so what’s the plan?

Brad: I remember being at the construction site when they were making the park on the island. I overheard Francis saying there was a power station able to generate around 1000 units of power, if we take down that power station, we take out the rest of the power across the park, making the bad guys have to deal with not only us, but a whole fleet of dinosaurs, all in different shapes and sizes.

Daniel: sounds good, but when do we start?

Jacob: now. We have a fleet of 20 helicopters total, and 17 MVU’s, and using a little tinkering, we turned the MVU’s into what I guess you can call mini tanks. Lastly we have about 27 ranger jeeps, which should have at least 3 gunners.

Sammy: is that it? 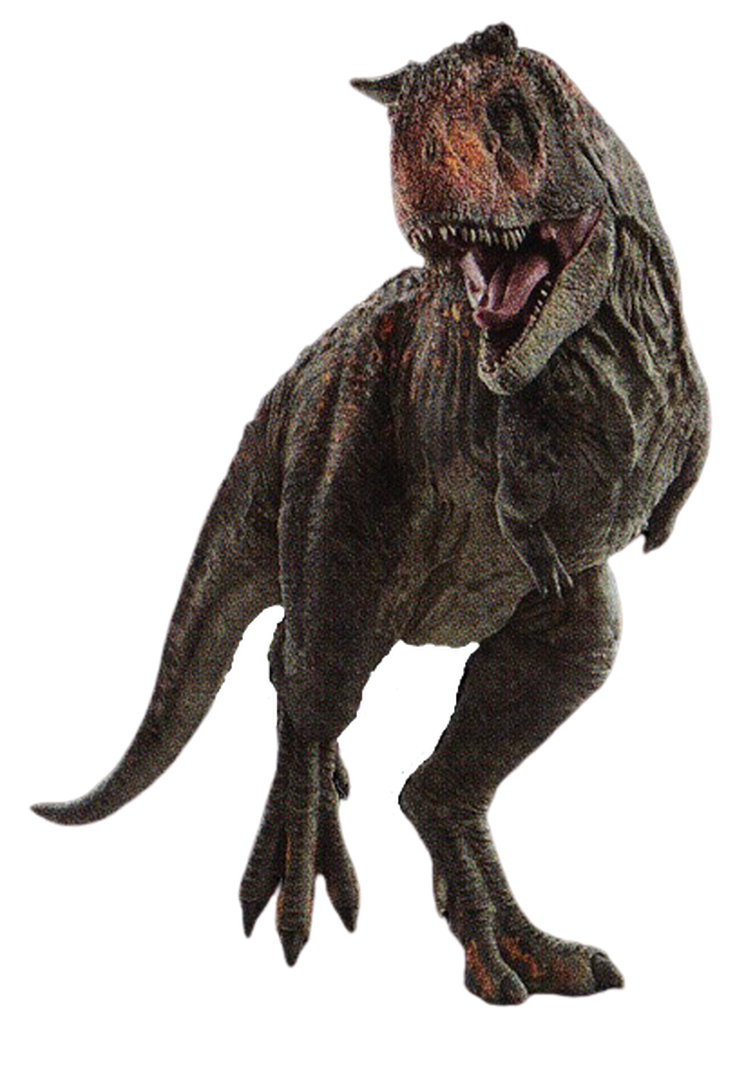 This is just bad okay here is the video do not trust it. it never happened 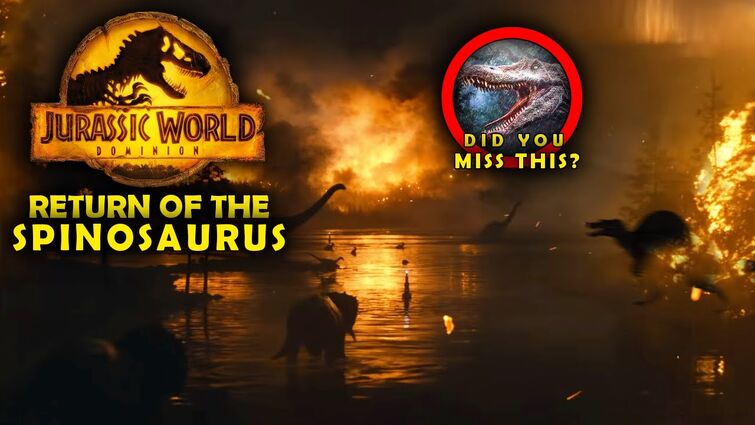 How the SPINOSAURUS WAS in JURASSIC WORLD DOMINION!YouTube

So... I've decided I AM going to talk about the big elephant in the room, and thats how 1.1 never released 2 weeks ago

I had been about a third done a few days before exams started, and then realised I could'nt find the time before release, then I had other priorities, and just... forgot

Now that two weeks have past, and multiple attempts at re-working on it, its just not fun, uninteresting, and I feel that its not important and I have better things to do

And this truly sucks because I had some massive plans through the middle of 2023, and I just cannot realise them, but I guess 1.0 is a good ending of all I could do.. but feel free to make your own 1.1's, or 1.2's, or even 2.0's. I might even pop in from time to time to see how you guys are going, but I'm officially halting development on 1.1, 1.2, and everything beyond, and I'm more or less leaving the Dinosaur Escape community

Now on a more positive note, I've done some more concept art for another game I had in mind, which I teased at the end of last year, and I'm still working on the name, but its basically a very 2D version of Hungry Shark (world, you can't deny that world is better), but dinosaurs. I am going to be starting to work on this like yesterday. I don't know when I'm going to release, (End of the summer or later I'd assume), but I'll be working pretty consistently

And also every day I'll be posting a poll for creatures!

Bye, and see you tomorrow ig