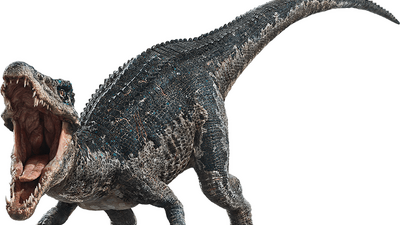 Baryonyx is an extinct genus of Spinosaur, a member of the same group as the northern African dinosaurs Spinosaurus and Suchomimus. Baryonyx was smaller than these relatives but was still a big predator. It was 10 meters (33 feet) long and 2.5 meters (8.25 feet) high at the hips. Although... 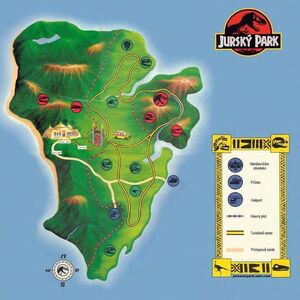 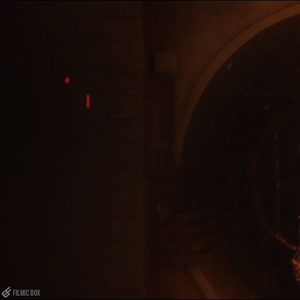 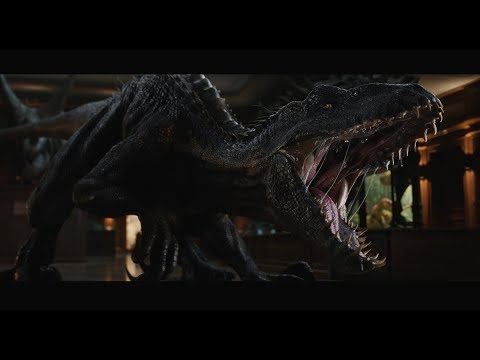 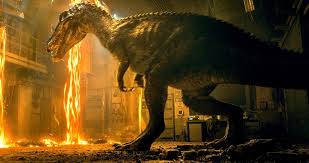 Remember the last post about what if dinosaur were released into the wild? This is part 2

Pterosaurs- They were released from Isla nublar into the world a day before the volcano erupted, and they really have a normal impact. Seabirds will still be roaming, but the problem is... the seabirds and the pterosaurs will often fight for land.

Pyroraptor- they were brought by The escape ship that escape Isla nublar because of the volcano, and the pyroraptors were released into the wild after they arrive in a port in USA. Now, pyroraptors often hunt in packs, mostly small sized animals, like baby/juvenile deers, snakes, pronghorns and other animals. But the thing is the wolves and other predators will of them fight the pyroraptors for food.

Nanuuqsarus- one of the dinosaurs that have a thick coat of feathers to survive winter, the nanuuqsarus were accidentally released into the wild when one of the escape ship crashes into a beach in Siberia. The nanuqqsauruses survived and escaped. Now, they hunt deer, wild boar, and sometimes bears.

Baryonyx- released into the depths of African forests, the Baryonyx had changed a lot. This change is to help them survive in the rainforest or Savannahs of Africa. But the problem is that they fight hippos for land. Hippos are very dangerous animals, and been known to attack massive crocodiles too. So the Baryonyx prefers a hippo-less river and lakes, where it can eat fish without no danger.

Sauropods- dont really have a good impact on the environment, since they’re voracious plant eaters. The plant eaters now , for example, elephants , giraffes and other herbivores will not get food and starve to death because of the sauropods. However, the semi aquatic herbivores like hippos will survive. Some omnivorous animals are also starting to deplete. The remaining omnivorous animals will only become carnivore and make certain animals extinct because too much predators.

Welcome back to a some what overdue Neo Jurassic era with today's carnivore trio being the speedy Carnotaurus, the snappy Baryonyx and the fierce Allosaurus.

Carnotaurus was one of InGen's largest med size theropods and in 2018 at least 2 to 5 were saved from nublar including a individual who had a broken horn and a scar across his face and they were freed the lockwood estate. Habitats carnotaurus prefer are redwoods,forests and prairies not far from forests. the carnotaur population is about 980 and they lay about 6 to 7 eggs. Male carnotaurus are dark red while the females are light red.

Carnotarus live in pairs but while join up with others when hunting prey. Rivals predators to carnotaur are Teratophoneus,Ceratosaurus,Allosaurus and Albertosaurus but the one predator they have a strong rival with is the t rex which will chase carnotarus of kills and will kill them when she gets the chance. Prefer prey of carnotaurus are elk,deer,both species of parasaurolophus,hadrosarus,Nasutoceratops and others. but there major prey is Sinoceratops and Pachyrhinosaurus. 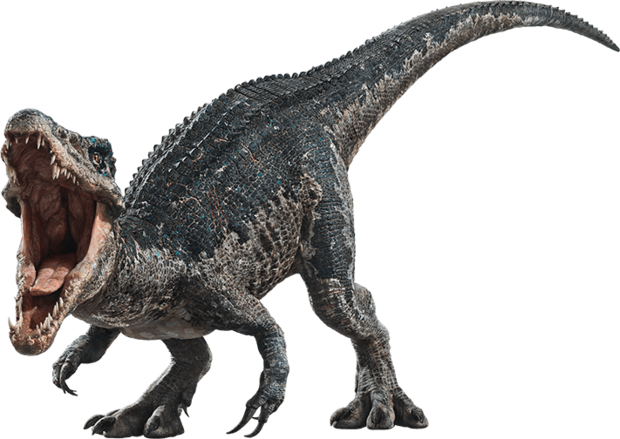 The baryonyx cloned by ingen which a odd and unique dinosaur and in 2018 3 to 5 were saved with one being sold to a unknown location with the remaining one's escaping the estate. the habitats baryonyx live in are forests such as redwoods and river to lakes. the baryonyx population is about 1,011 strong and baryonyx lay about 7 to 8 eggs.

Just like most med theropods baryonyx lived in pairs and small groups which helps them when fishing and hunting. rival predators include Suchomimus,carnotarus,t rex,Albertosaurus,Ceratosaurus and others baryonyx is also know to chase of small carnivores from kills. Prey of baryonyx include deer,elk,fish,corythosaurus,hadrosaurus, ankylosaurus and other species. 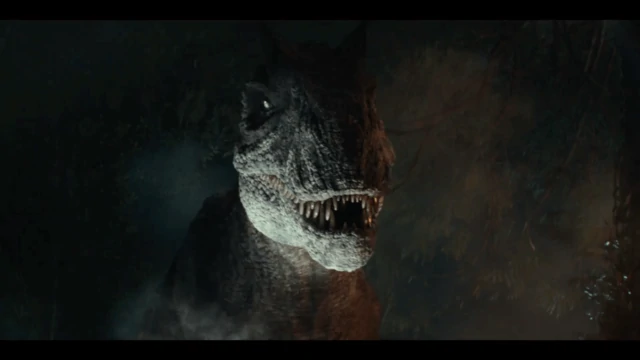 Allosaurus was one of Jurassic's most know predators. in 2018 about 5 were saved from Mt sibo with one juvenile sold with the other being set free into the winderness. Allosaurus prefer habitats in California are forests mainly redwoods and conifer to rocky hills and valleys. population is about 854 with them laying up to 8 to 6 eggs. male allosaurus have red on there crest.

Allosaurus while live in pairs but will split up when hunting at times but they like to work in groups when there are herds of prey. rivals of allosaurs are t rex,carnotarus,albertosarus,Ceratosaurus and Teratophoneus. prey includes Hadrosaurus,elk,deer,bears even,Stegosaurus,Pachycephalosaurus,Gallimimus and other species Nasutoceratops is a major food source for allosaurus. 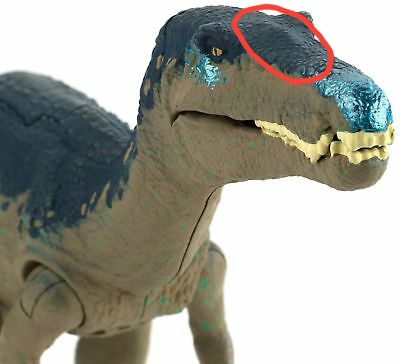 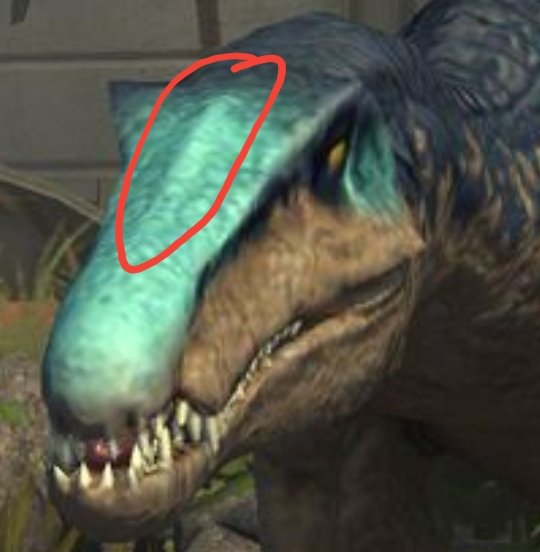 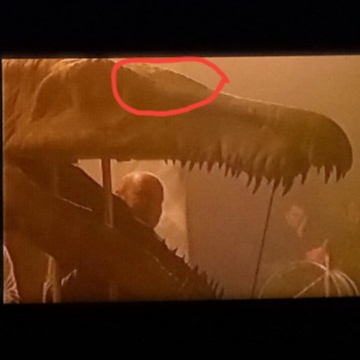 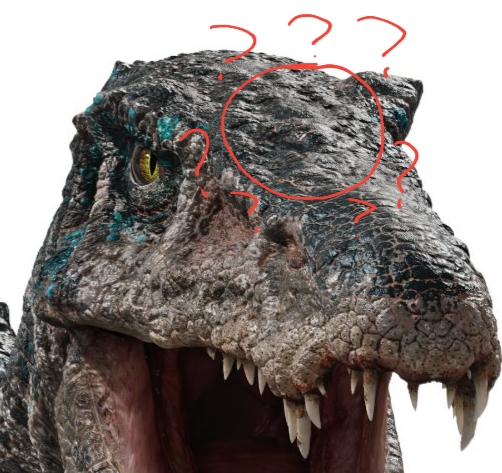 Is this design really that bad? This crocodile has its own charm. The only thing I really don't like about the design is the little claw. Still, I agree that the traits of modern animals are not quite correctly use. 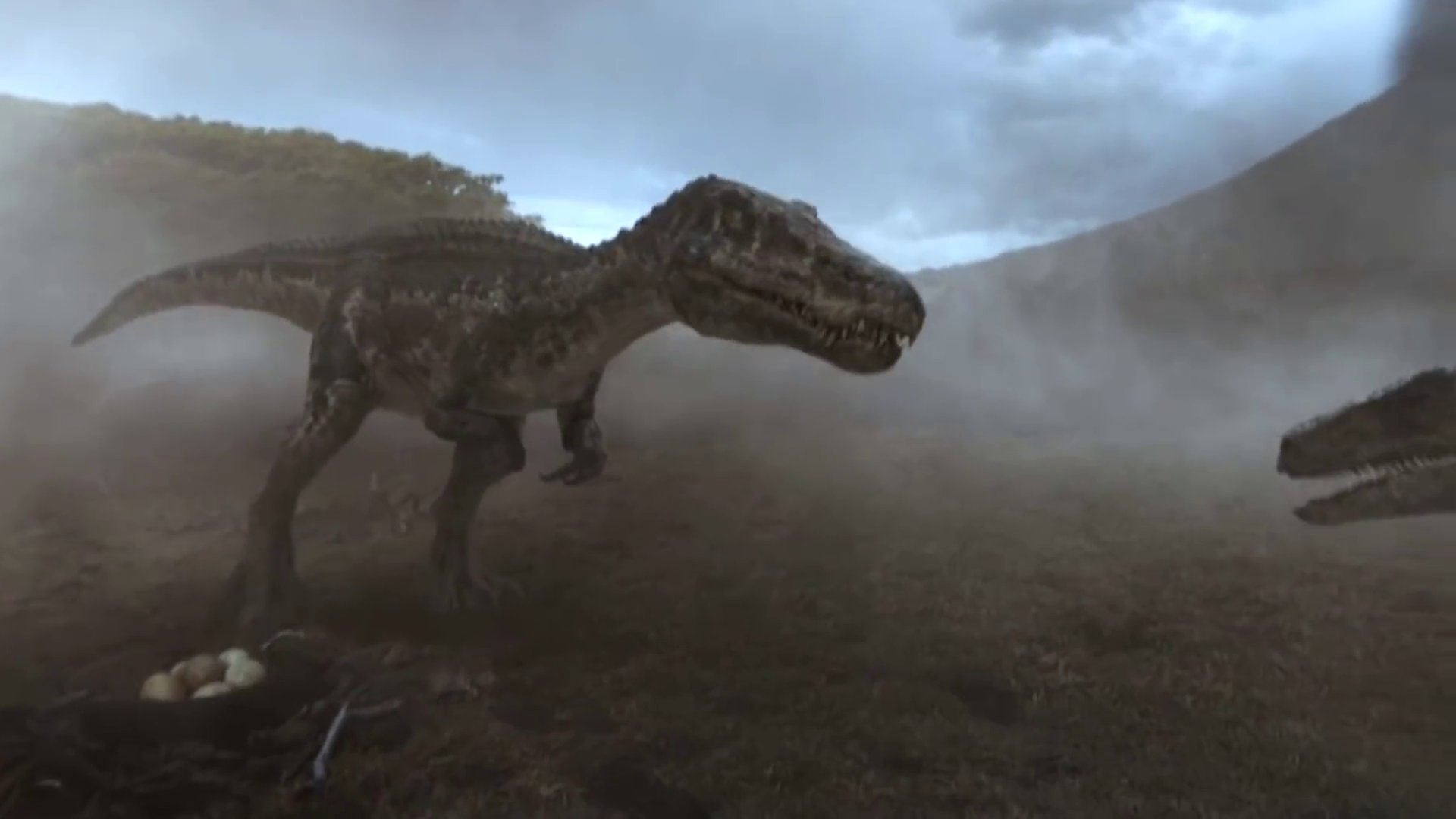 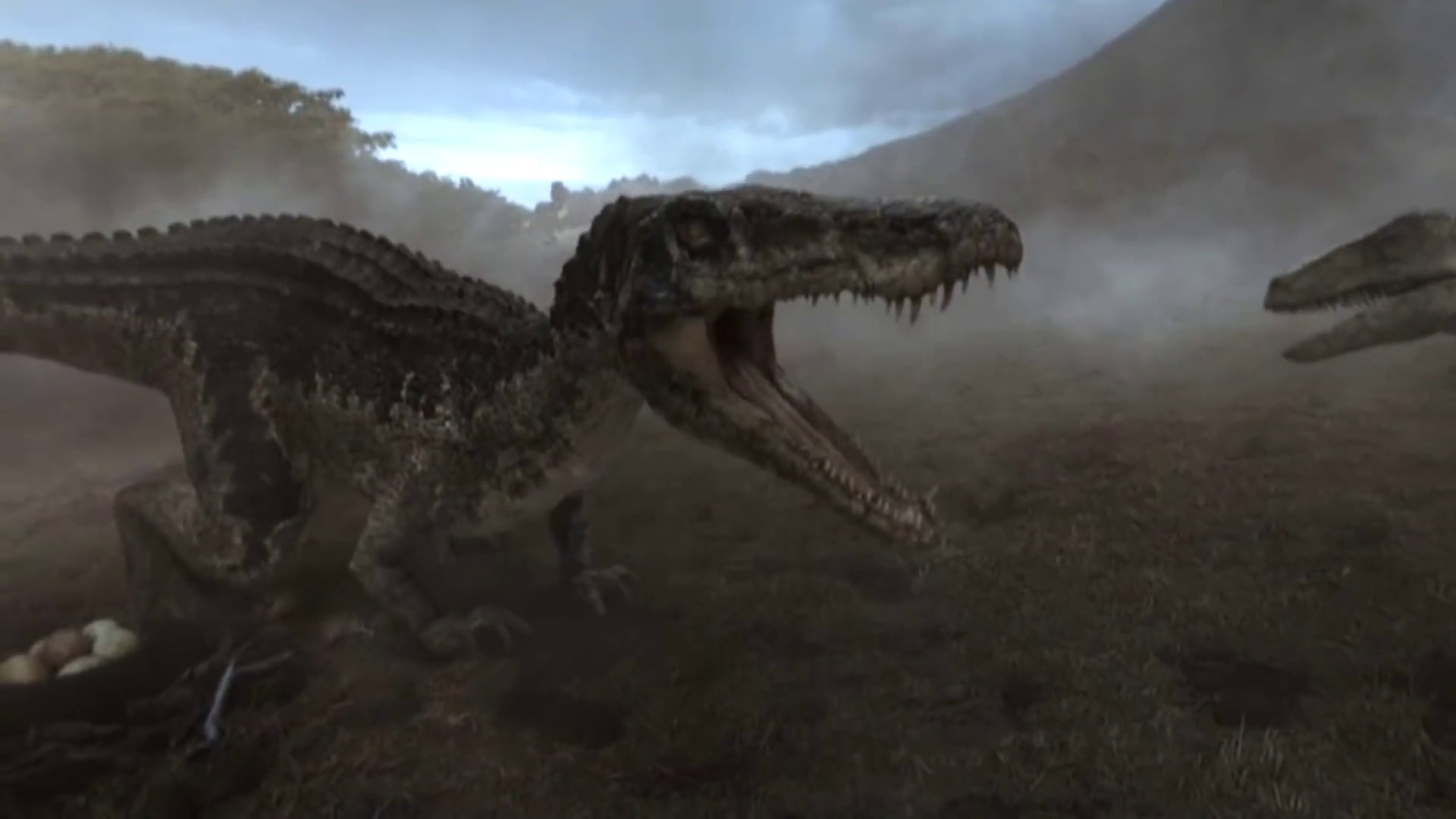 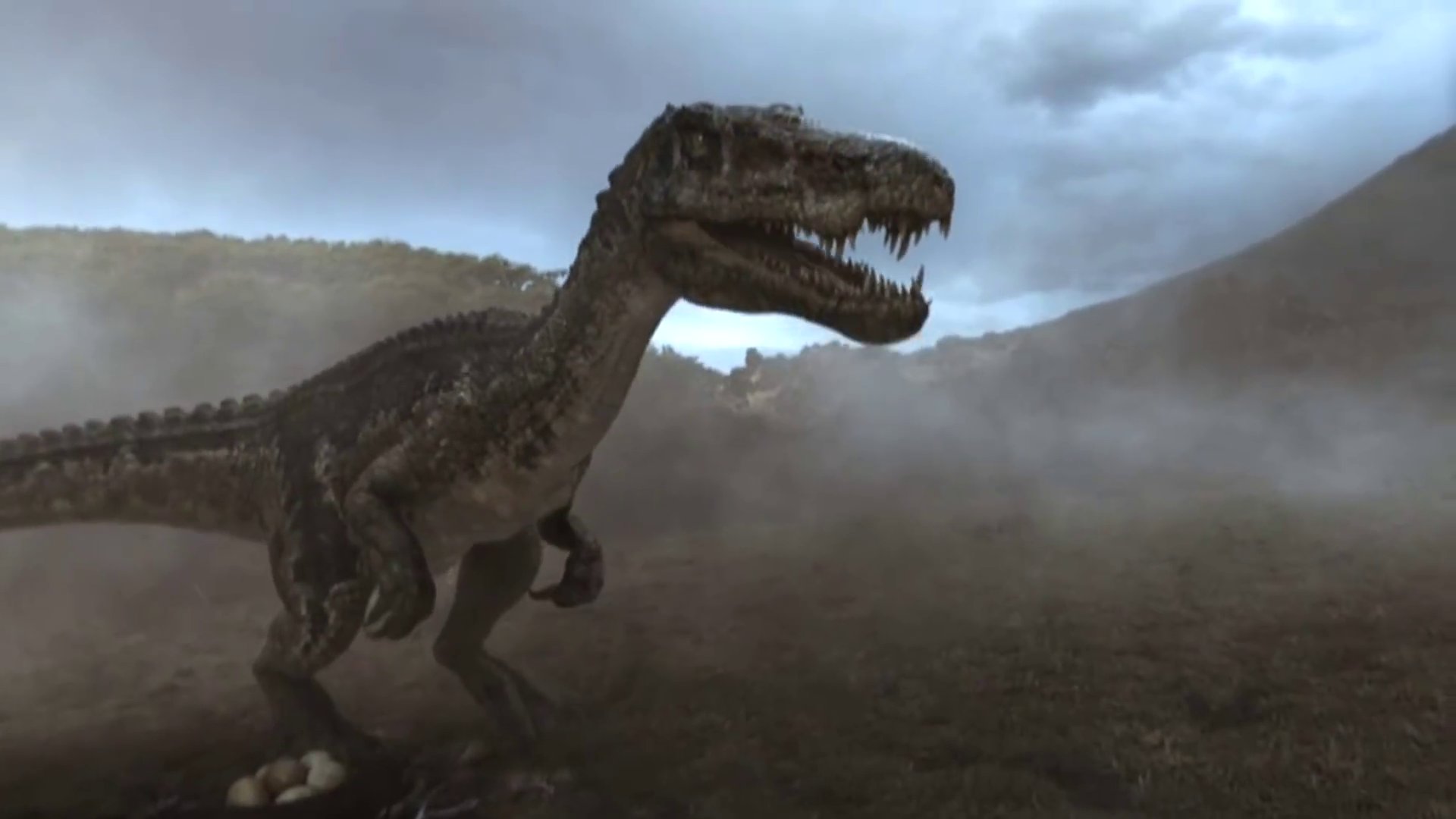 Please pay attention to this post, I really want to know your opinion on this. 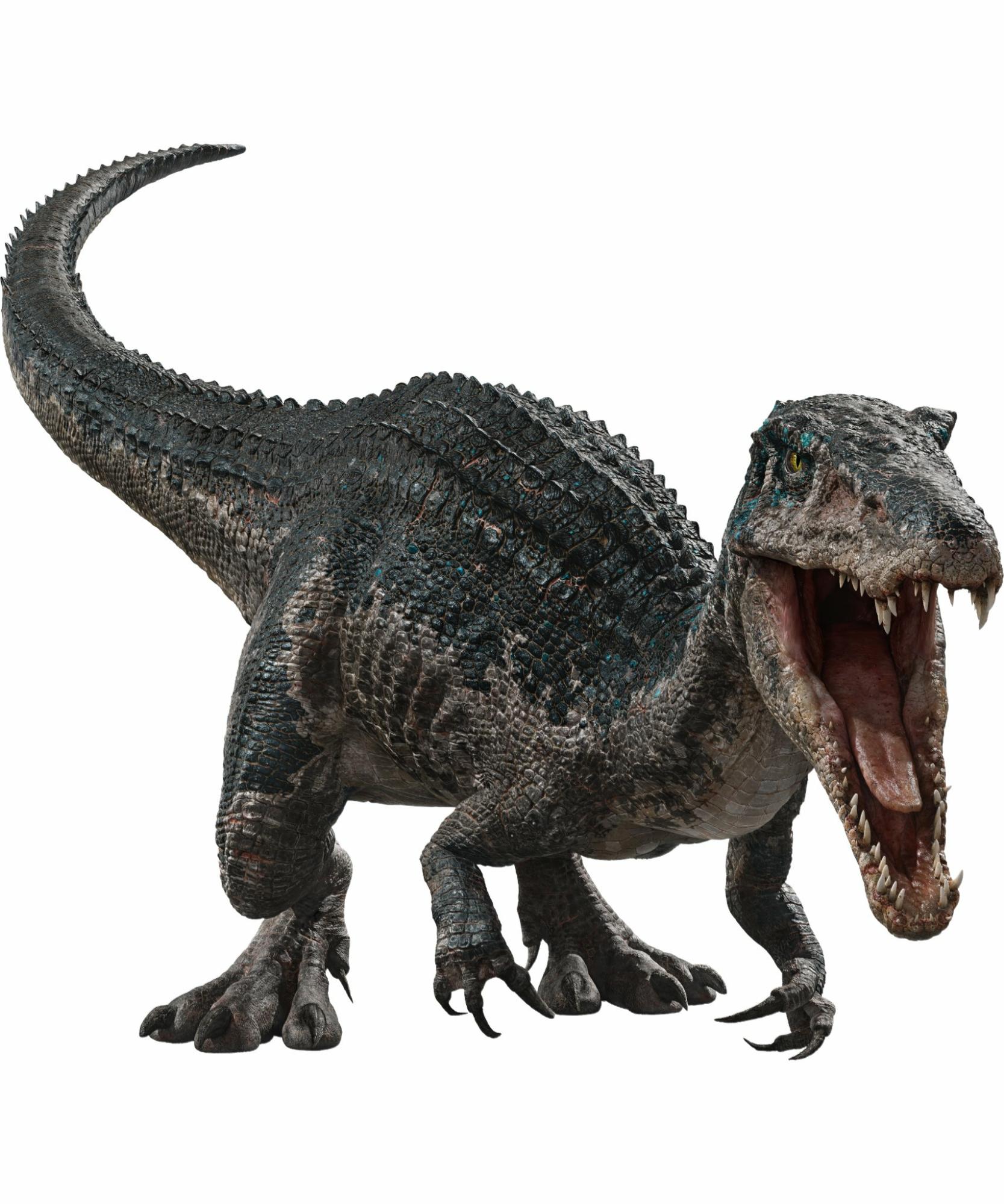 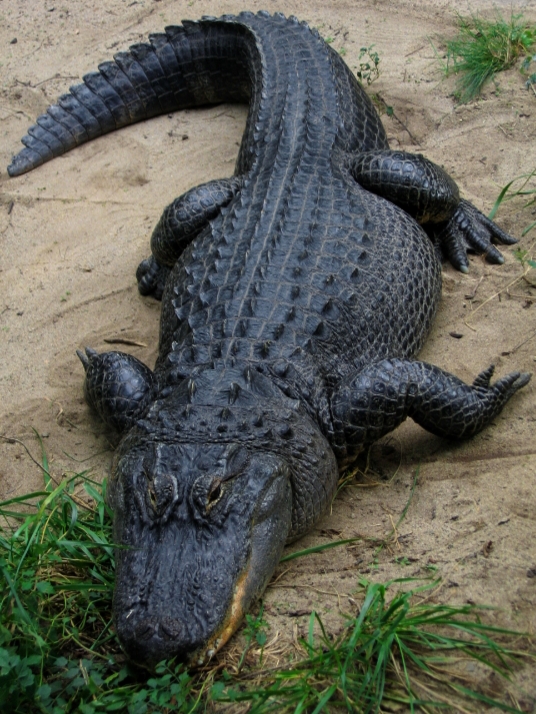 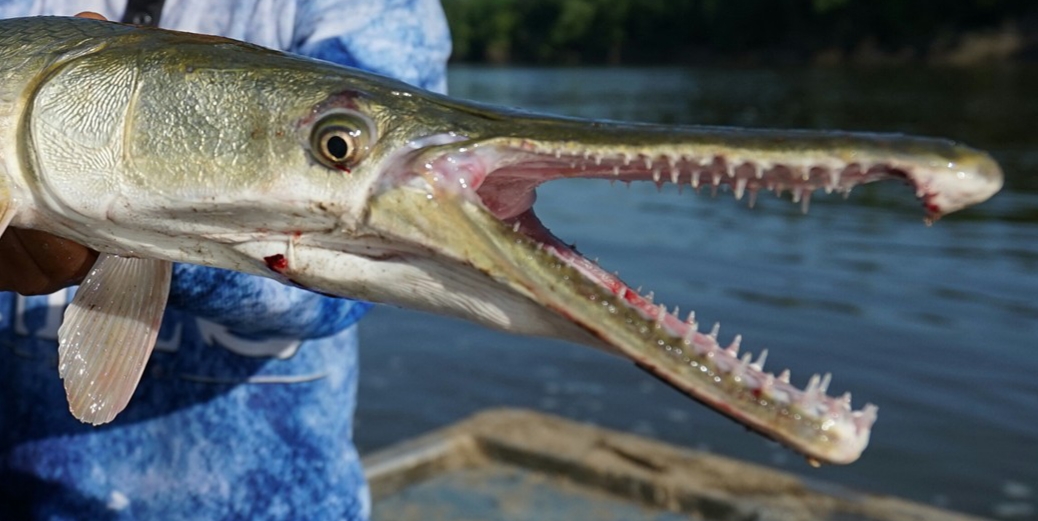 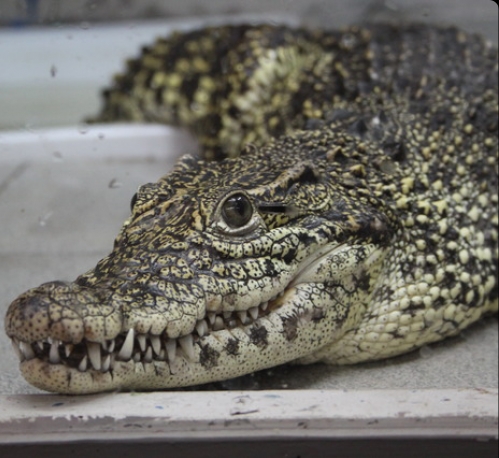 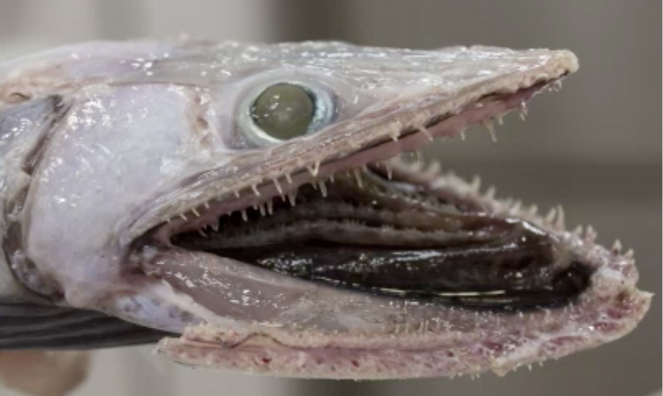 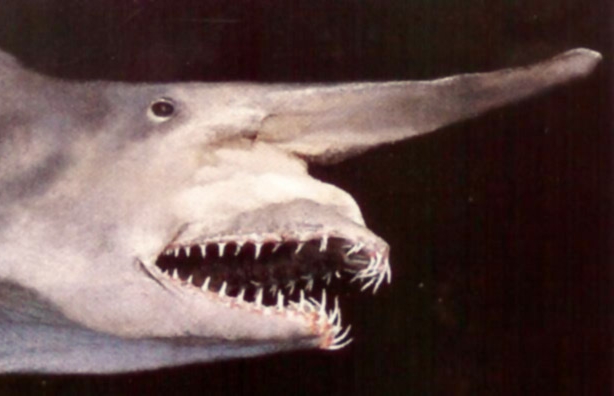 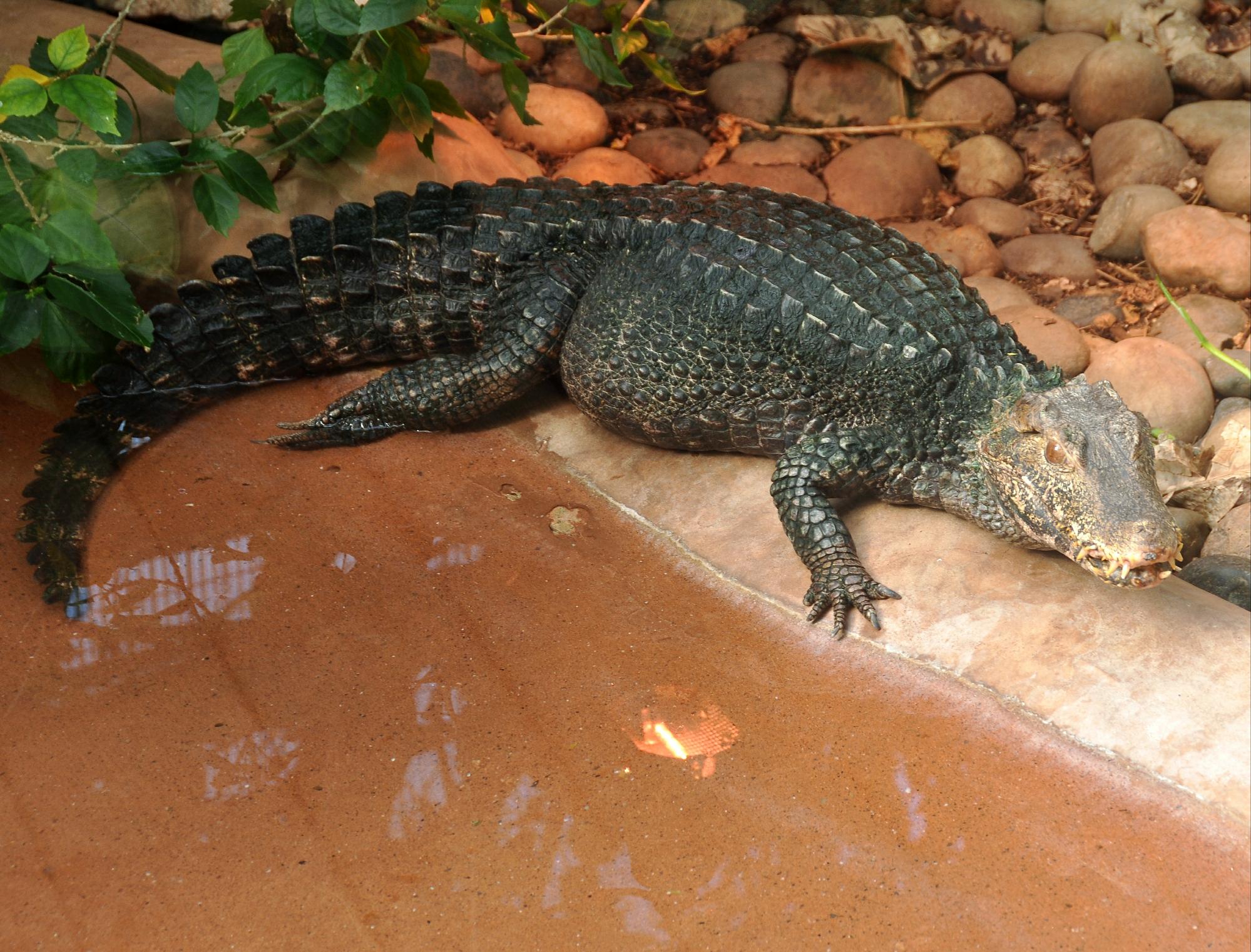 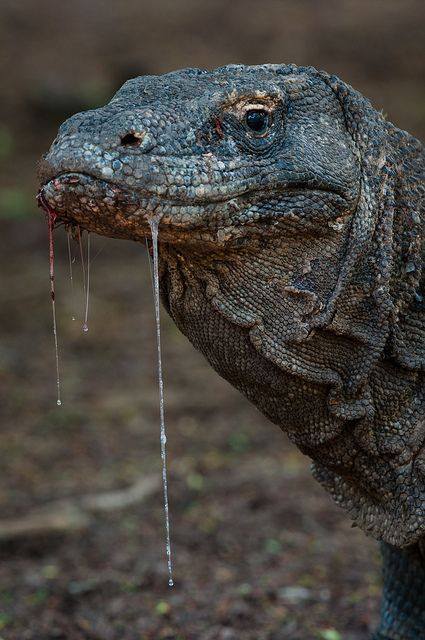 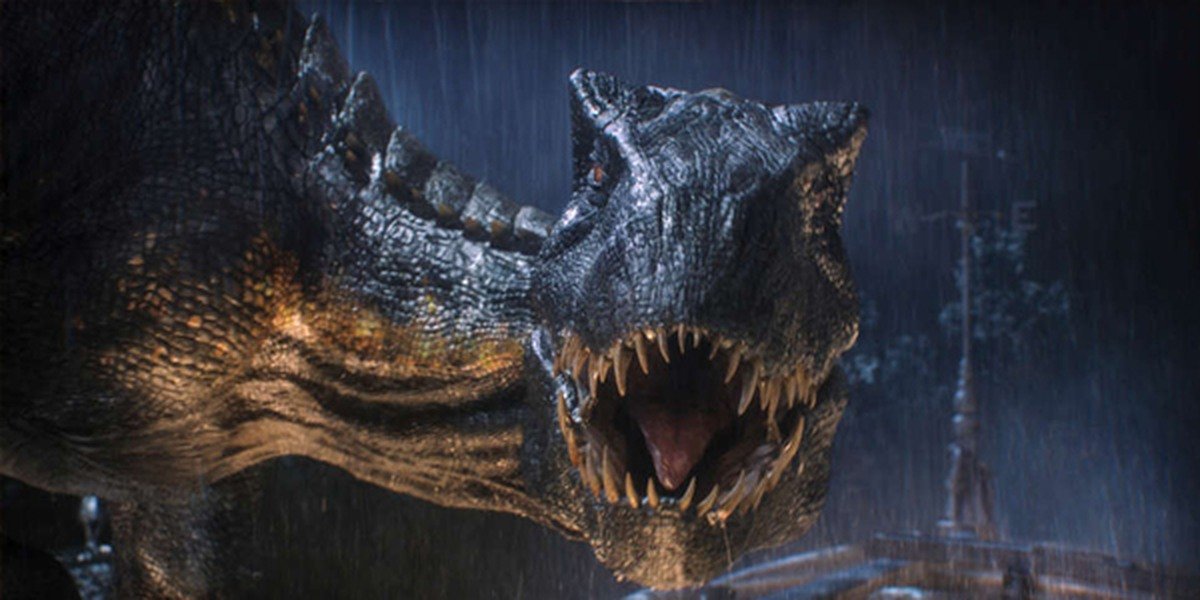 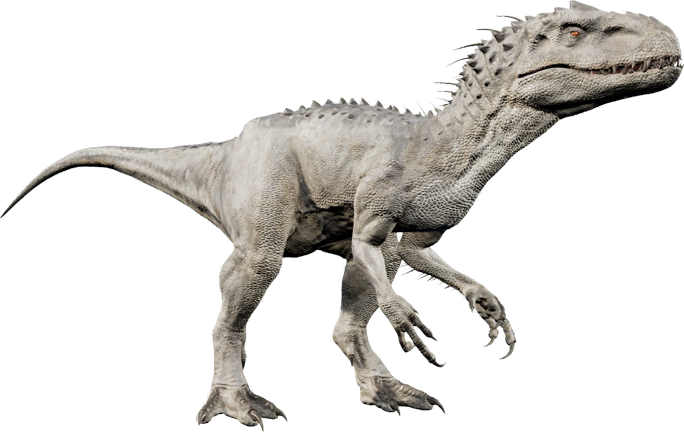 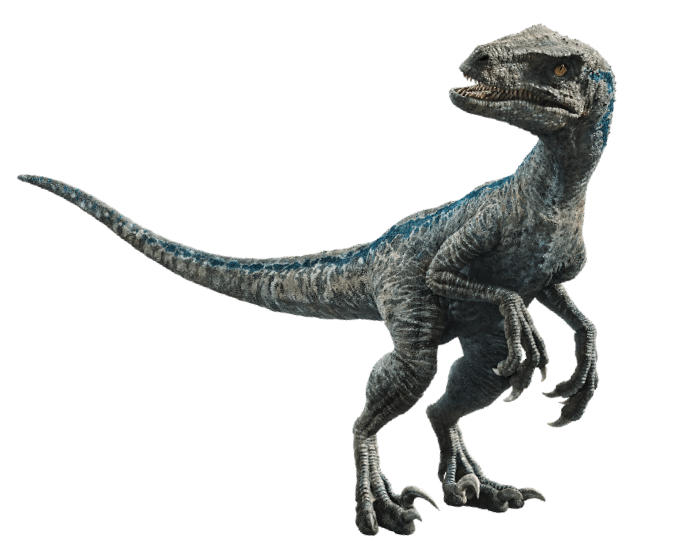 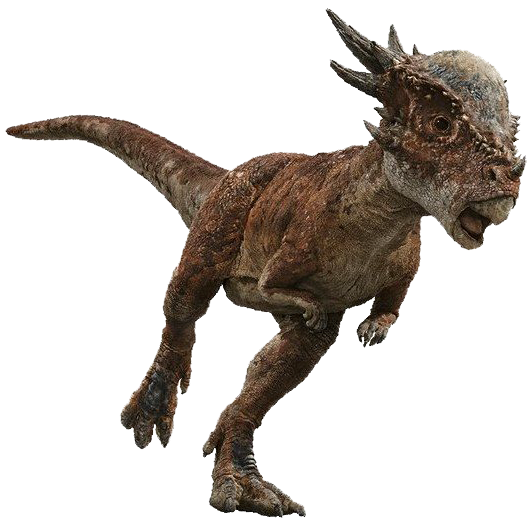 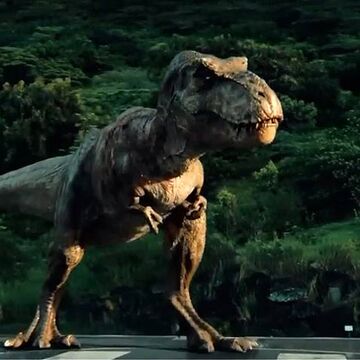 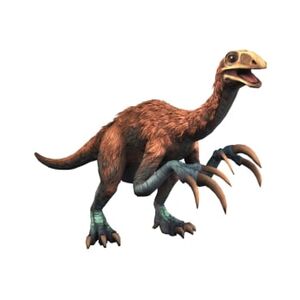 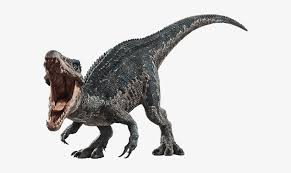