This article is a disambiguation page, a list of a pages that otherwise might share the same title. If an article link referred you here, you might want to go back and fix it to point directly to the intended page. Isla Sorna, alias Site B, is one island of the group The Five Deaths. "Isla...

Ok this is a little far fetched but what if zara swam out the moasaurs mouth and ended up on sorna???

I made a short thriller on the JP Fanon wiki based off of Michael Crichton's The Lost World. It is a non canon epilogue to the story that I think is very good. I would like to hear the opinion of you guys if it is good or not. I tried to match his story telling and gave it horror elements. It is short and should only take a few minutes to read. I would appreciate if you guys checked it out!

Here is the link to my story:

The anniversary of JP3 has been celebrated, so i wanted to finish something that I was already thinking about for a few days, and it's this future minecraft map of 8960 x 7936 blocks that I'm still working on. I've made remarkable progress after I started working it 6 days ago, perfecting some details and fixing the locations I'm missing 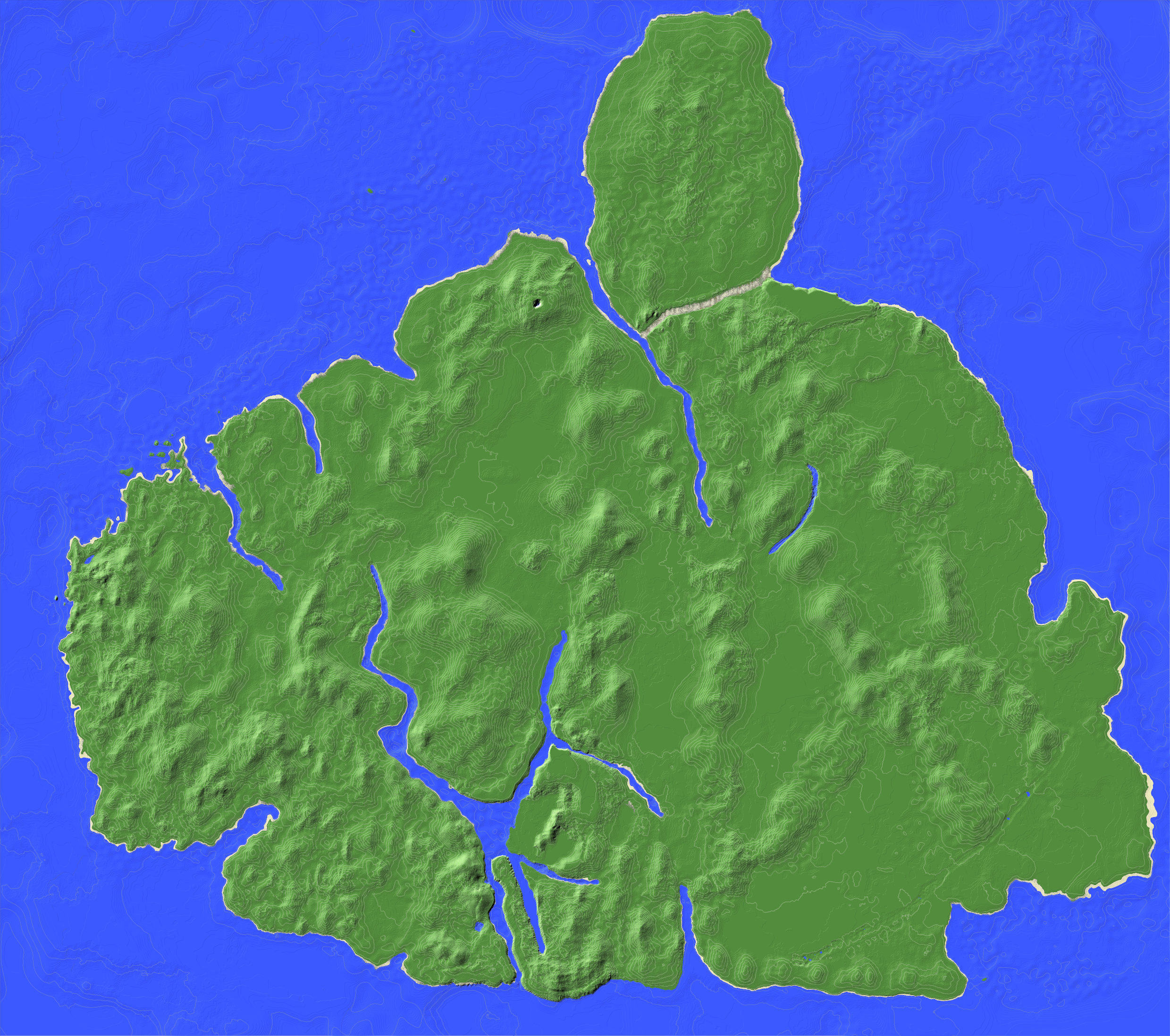 The topography is ready, but i'm planning to built all the buildings we see in the movies, games like trespasser, and the novel of survivor, so i will need some help with the info, any comments or anything you can add will be grateful 👍

I would like to bring this to the fandom's attention properly. Everywhere I go I hear people talk as if the San Diego incident was the morning after the escape from Isla Sorna. The timeline page says so and I would like to address something: this is ridiculous. 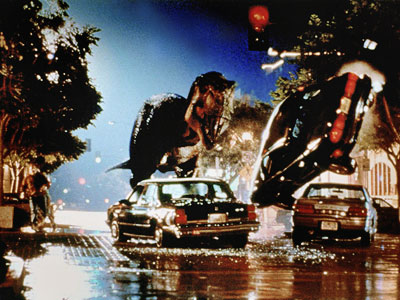 It takes a 20 nott freighter a week to get from the Panama Canal to California. I am not calling this a movie mistake, but it is interpreted this way. The pacing suggests it and people think this means they arrived in San Diego just hours later. This could not possibly happen. According to a recent ExtinctionNow! webpage, the incident occurred at midnight, hardly enough time to even fly there, considering it must have been late at night that the camp was attacked by the Rexes. Also, think - how long would it take to call press, bring in a freighter for the Buck that didn't seem to be there at first? The webpage also shows a prop newspaper that is hard to read. 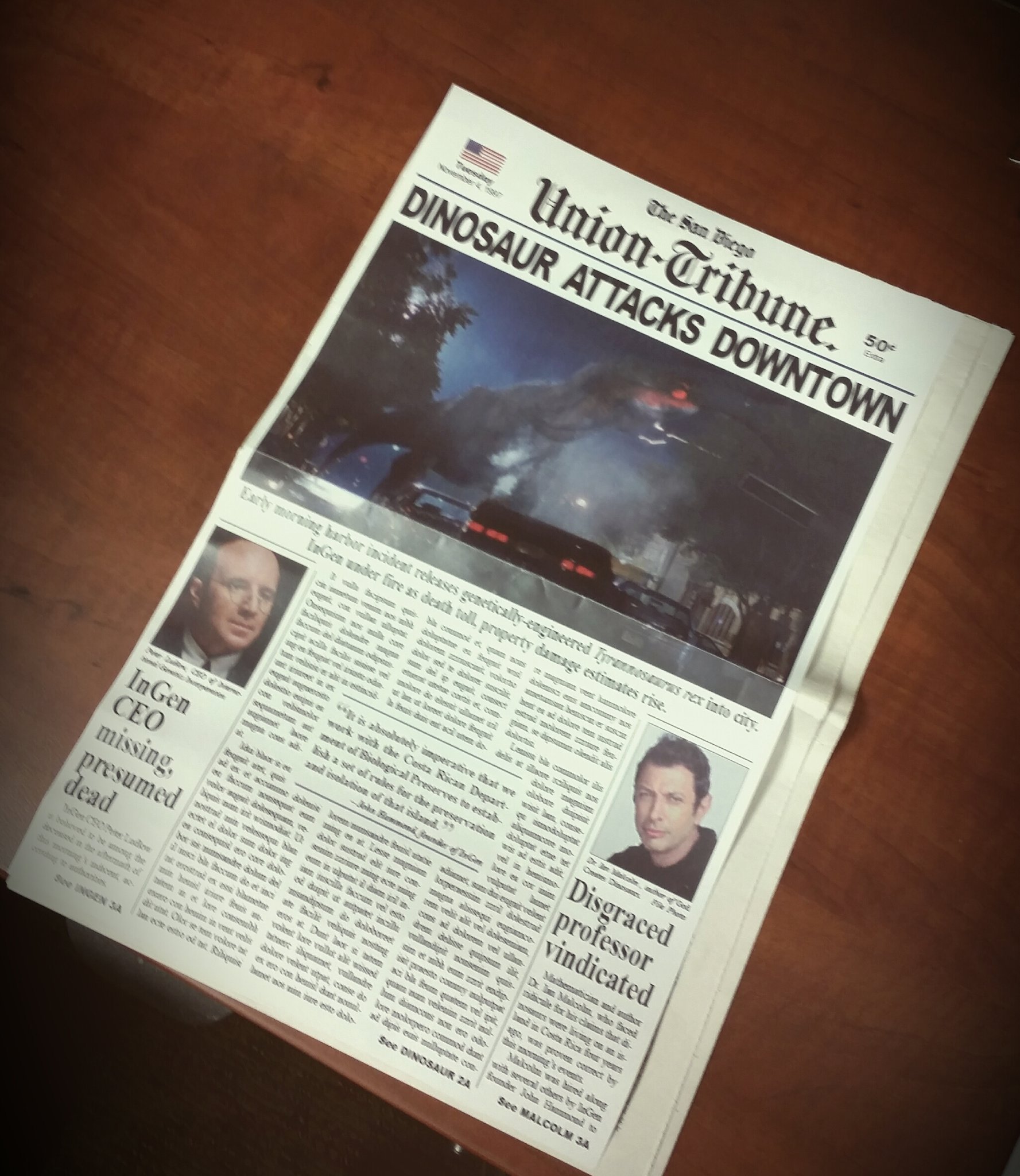 I am not pretending I can read it clearly, but zooming in it looks like it says the 11th: 8 days after the Isla Sorna incident. This seems about right, probably exactly a week considering that the escape from the island was nearly midnight.

The same goes for Fallen Kingdom. I think that they could have stowed away on a cargo shop for a week. Again, pacing suggests otherwise, but it still makes sense.

So in conclusion, can please change the Movie Canon Timeline page on these two and here is the webpage for those who want to investigate themselves: 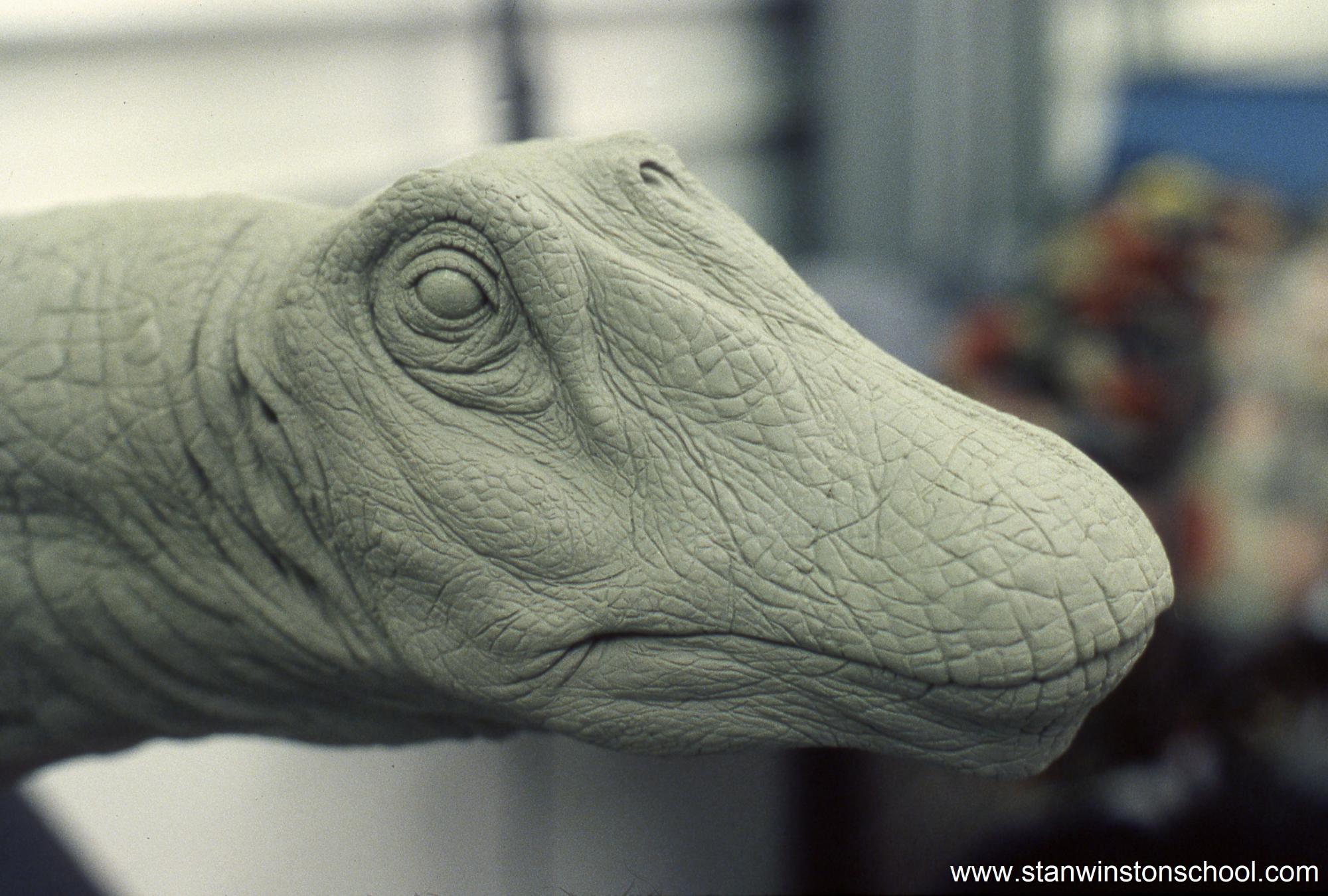 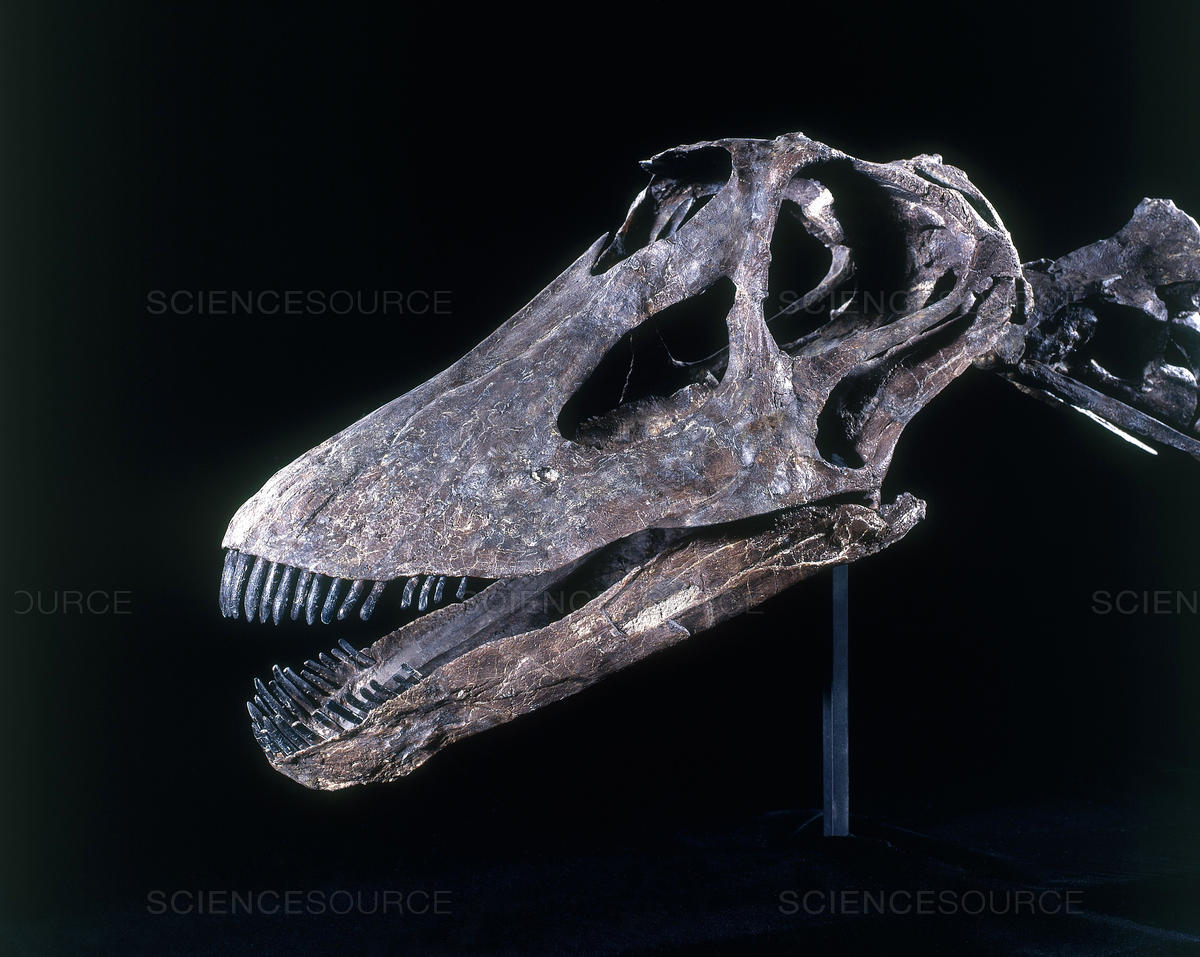 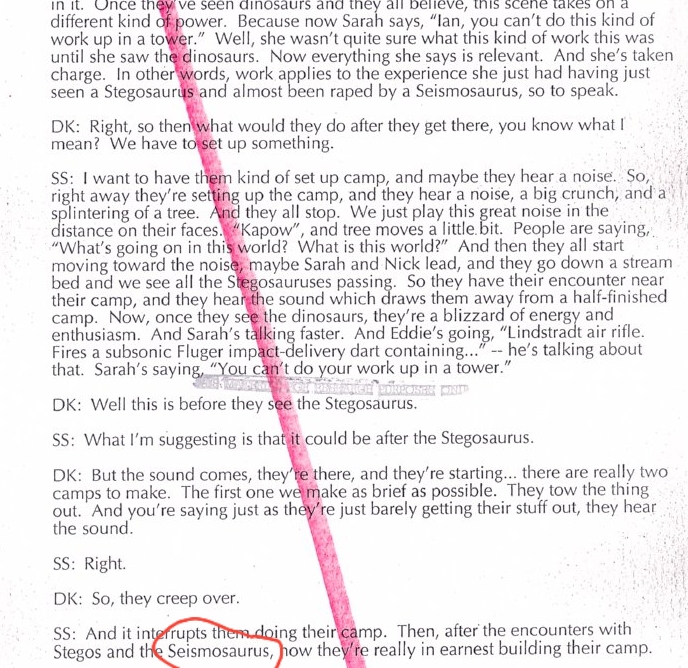 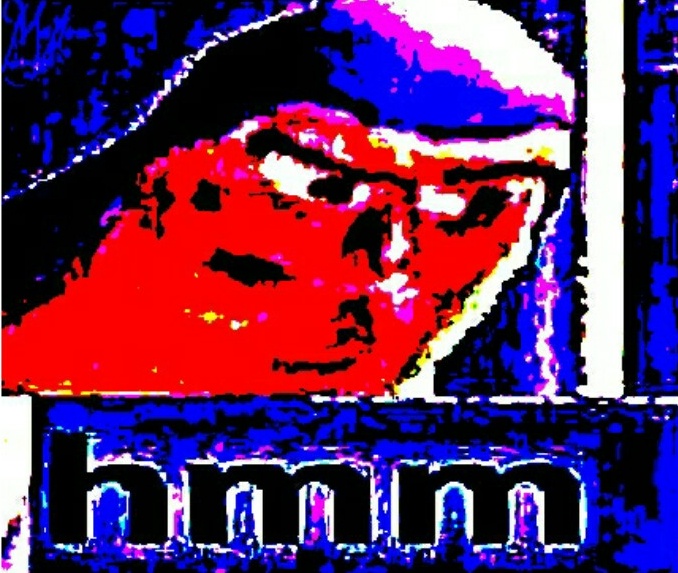 These two edits basically belong to the canon of a fanfic that I am making, and both Sorna and Nublar would make an appearance, that's why they don't are faithful as what we saw in TLW, because i wanted to do something slightly different, but to keep the concept 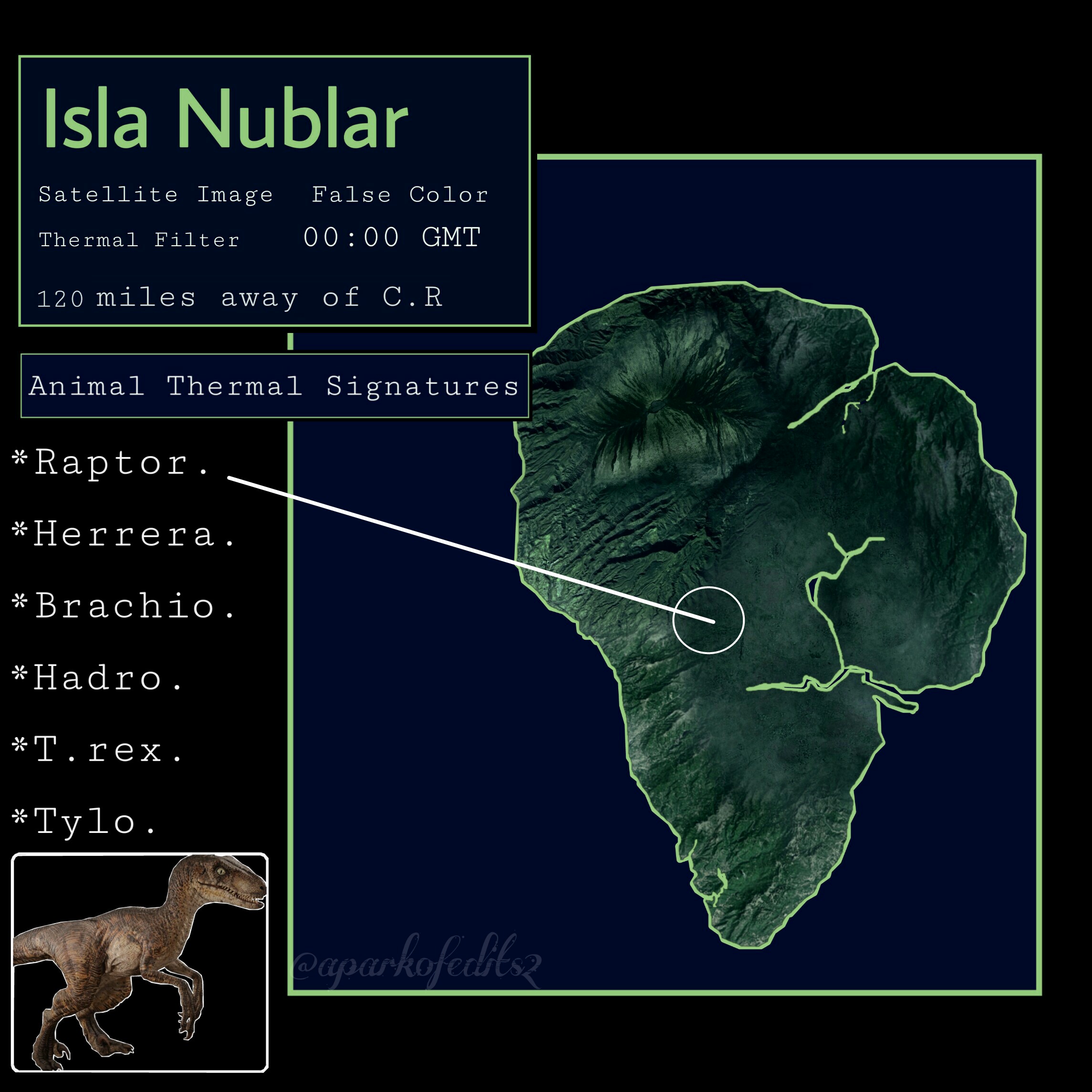 The Isla Nublar in this image I showed it before, and I won't do it here again. 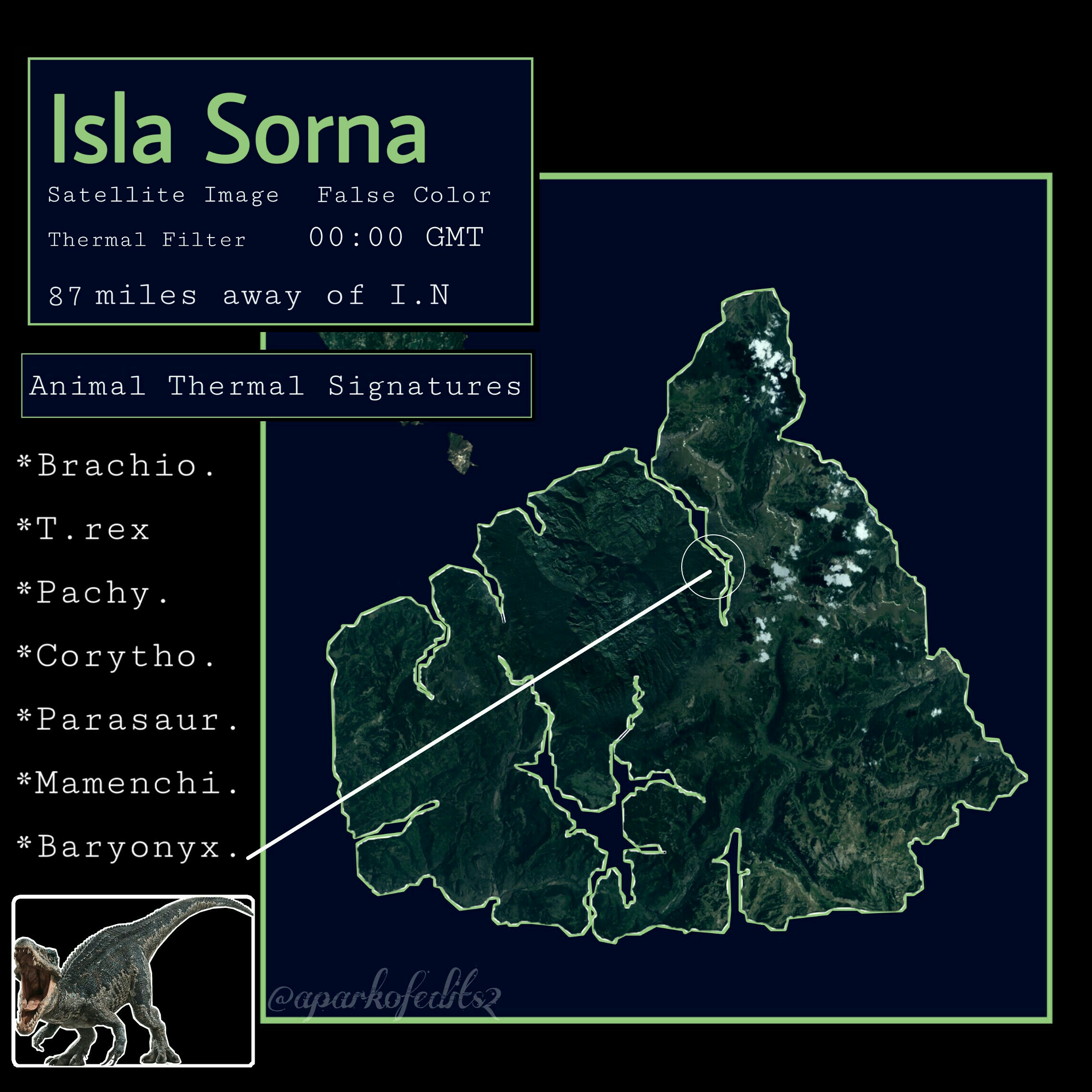 The png of Isla Sorna was made alongside the rest of the islands of its archipelago by me(You can even see Isla Muerta on a side of Sorna, a detail that was also in the version we saw in the film). 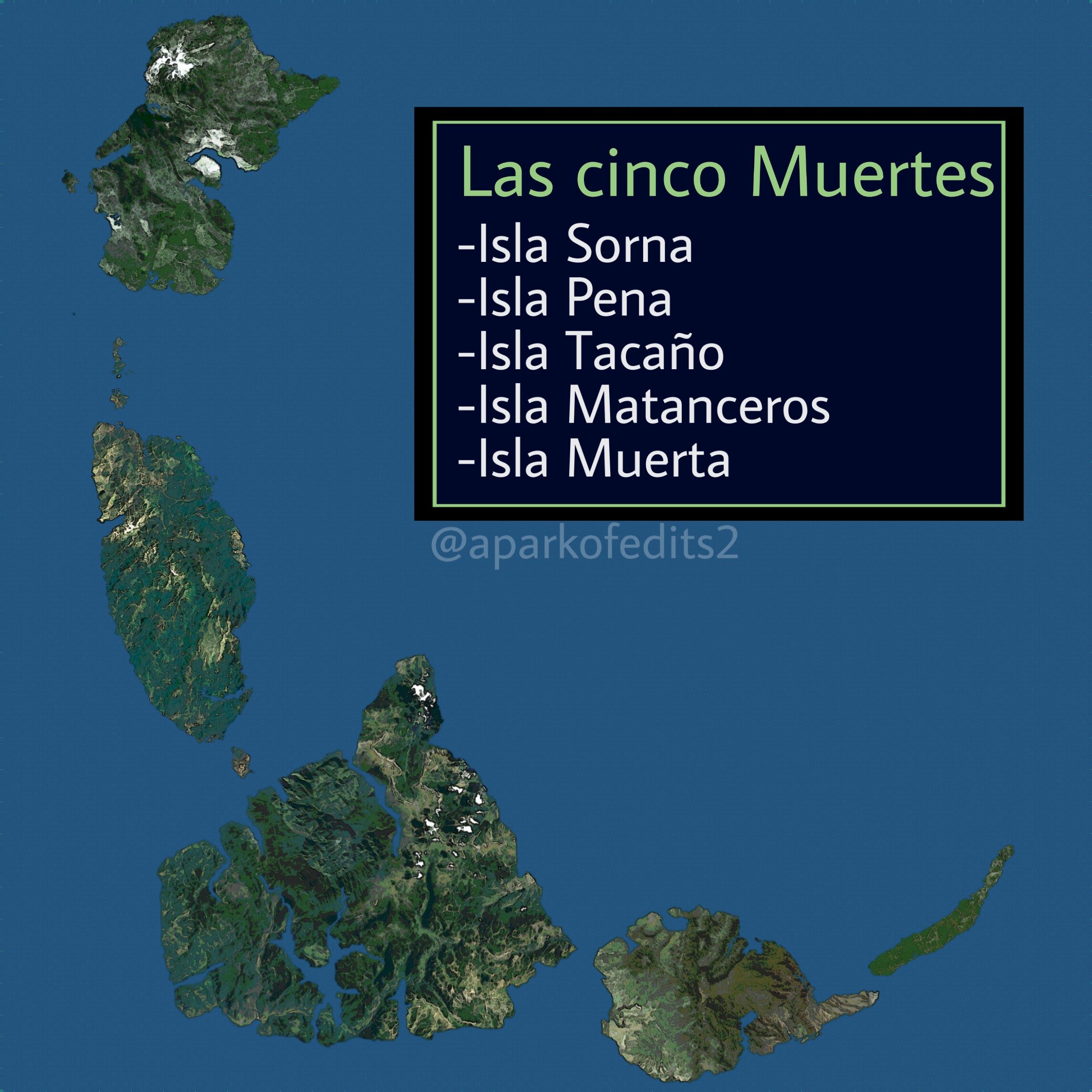 Isla Sorna was the hardest to do, since it was the largest and most varied in terms of its shape, I did not try very hard with the others.

I visited the jurassic-pedia and read about Isla Sorna. I saw this "volcanic caldera" located at the centre of Isla Sorna.

According to jurassic-pedia's information, the highest mountains are located at the centre, and there's a volcanic peak that collapsed and become a caldera. At the next paragraph, the Canal Ondo flows partially on this caldera.

Where is Isla Sorna's centre? 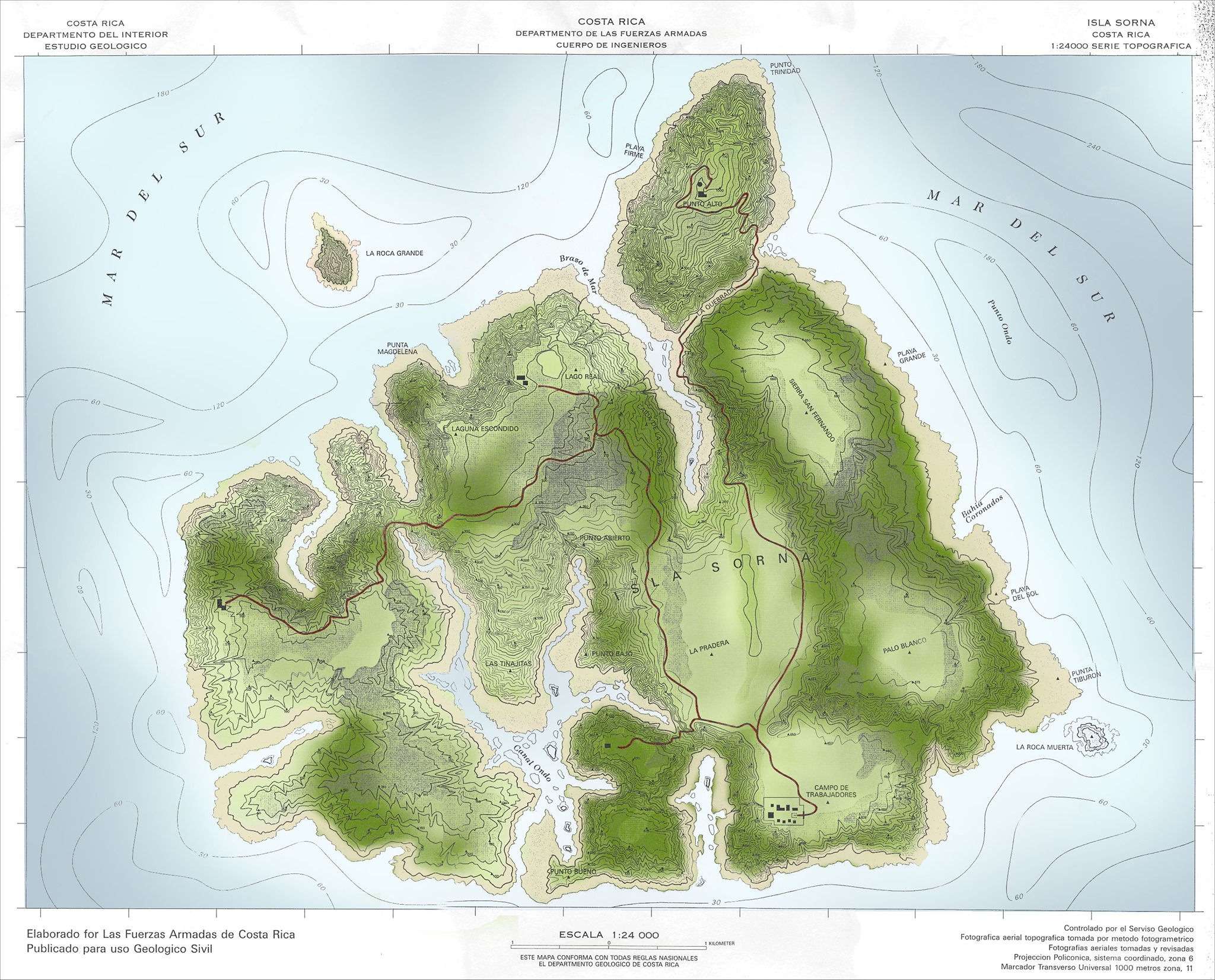 I have two possible locations:

- La Prareda, looks a large calder to me

There are many volcanoes in Isla Sorna. I don't know how many but these are what I think the locations of Sorna's volcanoes:

- The Western part of the island ( IDK where ) 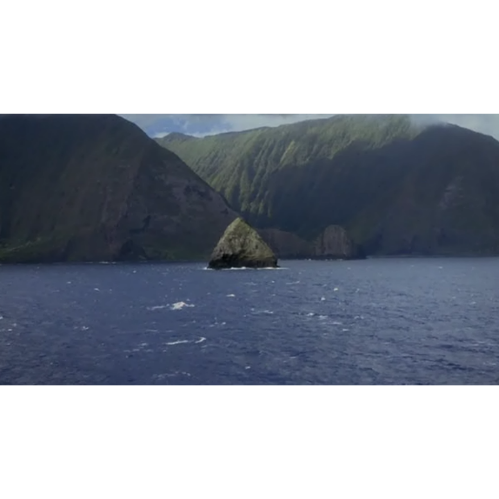 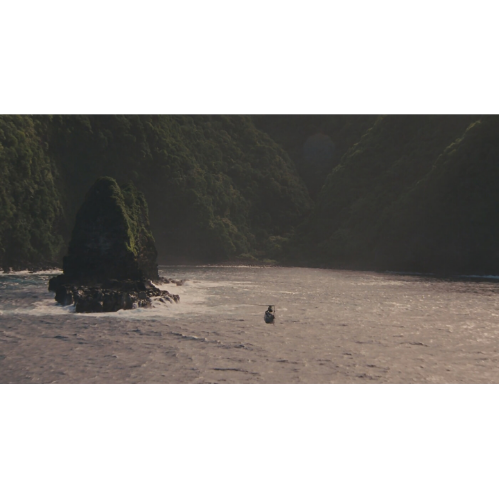 What was happening on Isla Sorna? The full answers may never be fully known, but InGen was present there in 1999, involved in a project. This story will shed light on this islands past.

This is a collection of Emails sent between 6/4/99, and 9/28/99. These Emails were crucial in the prosecution of Dr. Henry Wu. Within this one page document, rests a almost trivial collection of messages. However, they are no less intriguing...

We have landed on the destination. Me, and other geneticists are setting up base at the old lab. All embryos, and samples are being shipped now. They should be here soon. Note that the storms here are getting severe; They may interfere with progress. Tell Mr. Masrani that I need better workers. Half of them are quite lazy, and as well, not setting things up correctly. I feel they could harm the operation.

Thank you for telling us about your concerns about the workers. Mr. Masrani will look into it. Also, we hope the weather will not interfere much.

Wu sent info on the shipment of illegal embryos.

The embryos, and DNA samples have arrived. 5 in all. We've set up shop, and the workers are still not working hard enough. I again ask if I can get new employees. The storms have passed, so management is getting faster.

And the DNA samples:

Thank you for the shipment.

It's been a month since last contact, and Mr. Masrani is wondering how procedures are coming. Do you have anything to report?

Wu reports on the developing Dinosaurs.

Sorry for the late reply, but yes, I do have two things to report:

1. Our first Embryo has successfully been hatched. It is a young Pteranodon. It seems the hatchling has teeth, which should not be. Me and the staff think it is from the splicing, no harm done.

2. We came under a attack from a pack of wild Velociraptors. They nearly killed James(My assistant). Luckily, they were driven away. They had unique tiger-striped hides, I believe from them being wild.

It's been some time since the last report, and much has occurred:

Our first two Theropods have been successfully cloned. The first a Ceratosarus, which has already grown quite a lot. The second is a Spinosaurus. Our Spinosaur is spliced with some other Spinosaurid DNA, so he's much more muscular than his Mesozoic counterpart. He also is very aggressive, and killed one of our workers, tore him in two. Also, our Pterosaur cage is working well.

After this, a accident seems to have occurred.

I am sorry for your loss. Is it possible we made need to send more InGen security?

Yes, you may need to. I am very grim at the state of the testings. Within the time between our last contact, the Spinosaur broke loose, and is rampant on the island.

Contact was suspended on 9/18/99, and InGen left Site B. From what else was discovered, the Spinosaur was still alive in 2001, along with the mentioned Ceratosaurus. We can only wonder what they were doing there, during the events of the Amalgam Testings...

Hope you guy’s liked it! Also, don’t forget to ❤️ the post!