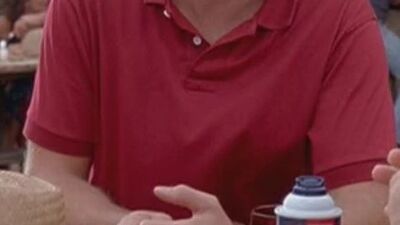 Dr. Lewis Dodgson was the head of research at Biosyn, and one of the villains in both the books. He was known for his law-breaking studies, notably a rabies vaccine test conducted on farmers in Chile without their knowledge or consent, which led to at least 10 casualties. However due to being...

After putting some thought into Jurassic World: Fallen Kingdom I have realized that Eli Mills is the closest film character to Lewis Dodgson from the novels. For two reasons:

1. Both are shown to be decieving men who are capable of killing other people or leaving them to die.

2. The moments leading up to their deaths are also similar. They both hid underneath a car when they see that there is a dinosaur nearby. After that they both get killed and eating by a Tyrannosaurus.

You could also make a connection with the t rex egg and the Indominus rex bone but those are a bit if a stretch to compare. Another similarity are their motives. When Mills is talking to Eversol he says that they can meet anybodies needs wether it be "...agricultural, industrial, sport hunting...". That is an awful lot like when Dodgson talks about site b and the dinosaurs. Dodgson talks about how the dinosaurs are extinct and that they have no rights meaning they can do whatever they want to with them. On of the thing he brings up is hunting the dinosaurs for sport. I think Eli Mills character is based off of Dodgson from the novels. But I heard Dodgson will be back in Jurassic World 3: Dominion but this time he is going to be portrayed by a different actor. Not going to say why they had to get a new actor but I will say it is because the original sctor did something bad. Anyways those are my thoughts. Do you guys think Eli Mills was based off of Lewis Dodgson from the novels?

The wait is finally over! This is one of my first ever stories, I don't think I'm really good at writing, but hey, I tried. It's kind of long so before I get into it I'll put the completed Utahraptor drawing here so you know what he looks like. 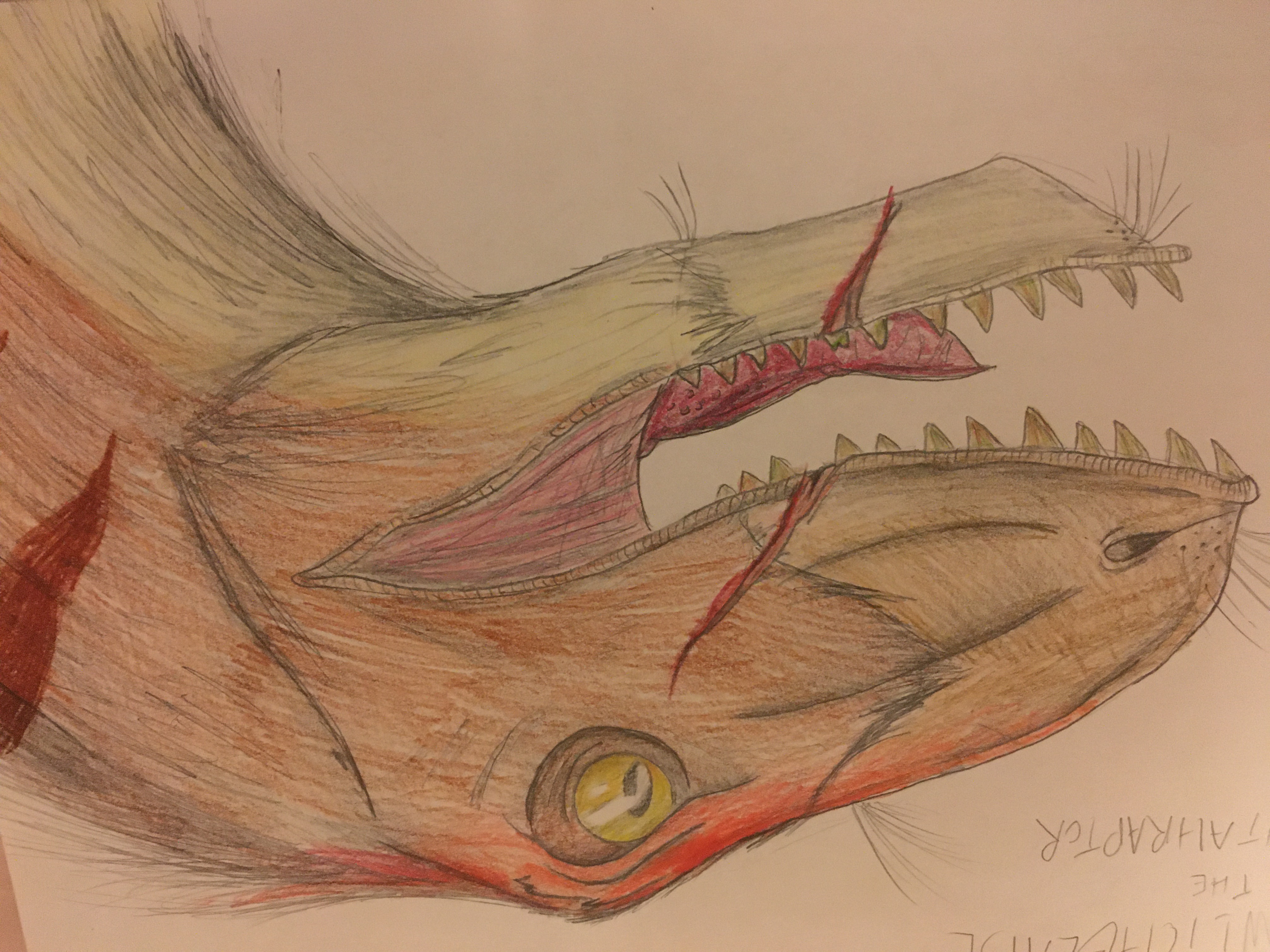 So here he is. Well now, I'm gonna put the story here. So yeah lol as you know it's about BioSyn, Lewis Dodgson and the feathered Utahraptor. Here goes.

The audience looked at the stage, clapping as Lewis walked on the stage. "Thank you all for coming," said Lewis, "Now, you are all quite aware of the recent dinosaur outbreak, right?" The crowd nodded. "Good, good. Now..." Lewis paused. "You've seen them- those monstrous, scaly beasts. Well, you think that's rather scary, isn't it? Big, cold-blooded lizards?" Once again, the crowd nodded. "Well then," Lewis remarked, "Would it be so scary if they were covered in soft feathers?" The audience shook their heads. "No, not at all," some people said. A man from the back stood up. He spoke with a western accent, and he was about 45. "Of course that wouldn't be scary! Why should I be scared of those darn dinosaurs anyway? The news is all fake, y'know? There ain't no dinosaurs!" Lewis smirked. "Oh, really?" He asked. "Imagine.... you're standing outside and before you know it... a group of six foot tall creatures run at you with an unmatchable speed, with savage jaws filled with sharp teeth. And on its second toe, a ten inch claw meant to disembowel its prey," he said, motioning his hands in a slicing motion. "Not so harmless now, huh? Now... how would you like to see a real dinosaur?" Several people in the crowd looked at each other. "A real dinosaur?" Asked one woman. "Show it to us!" Said a man. Lewis grinned. "Alright, then." He swiftly pulled a radio from his pocket as he walked back stage. "Andrew? Joe? Roll him in," he whispered, "And do it now." "But-" said Joe, over the radio, "We can't! Boss said not to!" "Do it now," Lewis said sternly, "I don't care if I get fired. I want to show them that dinosaurs are indeed real... strike a little fear into their hearts, and prove that feathered dinosaurs are scary. Now, bring Switchblade to me, and the vial. And hurry. I don't want Jeff to find out and ruin my fun." "Fine, okay, now hold on," said Joe. "Great.." whispered Lewis as he slowly returned to the confused audience. Was it possible that they heard him? "Ladies and gentlemen, allow me to introduce you to one of my greatest achievements yet..." The doors to the assembly hall burst open, and two men, probably Joe and Andrew pushed in a large cage on wheels covered with a blue tarp into the room and they quickly left, slamming the doors shut. Lewis pulled down the tarp and said, "Meet Switchblade, the Utahraptor." And sure enough, inside the cage, was a six foot, full grown male Utahraptor. He was light brown with dark brown stripes on his back, and had a cream underbelly. He also had orange on the top of his head and had gleaming, yellow eyes, the ridges above his eyes making him look angry. On the left side of his face, there was a very fresh scar, going from his upper jaw to his lower jaw, similar to Echo, one of the female Velociraptors from Jurassic World, though Switchblade's jaw wasn't broken or offset. Some people were shocked. They had never seen a real dinosaur. "Oh, please! That's just a fancy animatronic thingy!" Said the western man. "Oh, but it's not," Said Lewis slyly, "And I can prove it to you." Lewis cleared his throat. "Who would be willing to come up to the stage to help me prove that Switchblade here is in fact, very real?" He asked. It was silent. "No one...?" Lewis said, scanning the crowd, looking for an answer. After what seemed like ages, a young man with glasses stood up. "Uh, I'll do it," He said. Lewis smiled at him. "Good. Come to the stage, please. Oh, and... your name? "Bill Dakin," said the young man. "Perfect," stated Lewis. "Now, folks," he began, "When he's calm, this Utahraptor isn't deadly. He's completely tame around humans. See?" But Switchblade was scared. He was pacing around nervously in his cage. The crowd was fixated on the living, breathing dinosaur. "But when it smells the faintest drop of blood..." Lewis smiled. "Bill, hold out your hand." Reluctantly, Bill held out his hand. Lewis then pricked Bill's finger with a pin, and a drop of blood fell to the ground. Switchblade sniffed the air and spun around wildly, staring at Lewis and Bill. Switchblade hissed and stuck his snout out from the cage's bars as far as he could, his jaws snapping savagely. Some people in the crowd gasped and recoiled. "See?" Lewis said with a rather evil grin upon his face, "It is real. And I do hope you now understand that feathered dinosaurs are just as scary and menacing as non-feathered dinosaurs." Lewis looked at Switchblade and then at his watch. "My time here is up," he said, "All of you, leave. Except... you," He said, pointing at the western guy. "You stay here. And may I ask for a name?" "Bailey Barnes," said the western guy. "Good", Lewis said, "Good. Keep moving, everyone, there we go." Everyone left, and Lewis shut the doors. "So, Bailey. I have to ask... do you fear feathered dinosaurs now?" Bailey shook his head. "Nope! I refuse to believe that the dinosaur over there is real. Besides, it's more like a... uh... six foot turkey!" Lewis smirked again. "Very well then," he said. He walked over to Bailey and gave him a tube. It was an open vial of blood. "What the.... what the heck do I do with this?!" Bailey yelped. "Stay right where you are, and shake it a little," Said Lewis, opening Switchblade's cage. "Get him, Switchblade," Lewis said to the dinosaur, "Prove that you're real. Prove that you are scary. Go." Bailey realized what Lewis was planning, but before he could act, it was too late. The Utahraptor was upon him.

Well, I hope you enjoyed my story. Thanks for reading! Is there anything you would like to ask? I would be happy to answer!

I'm kinda nervous surrounding the entire Dodgson thing. Lemme explain. Like Disney just randomly sacked their main villain (supreme leader snoke) in the last Jedi and randomly brought in a new villain in rise of skywalker (palpatine), Colin trevorrow is introducing a new main villain in the LAST film. We all now that Rise of Skywalker was absolute garbage. Now, having re-read the Lost World, I know it will take a whole deal of time to establish Biosyn as a company. Either they do that, or change it in some very innovative ways. But unlike the sequel trilogy, trevorrow (hopefully) has got all of this planned. Now, this can be an epic finale (what I'm calling the empire strikes back of Jurassic park) OR an epic letdown (though the chances are miniscule). I don't think it can be a major problem, but it can definitely be roadblock.

I can’t believe Lewis Dodgson is returning in JW:D, in which he’s actually recasted in the movie and will be played by Campbell Scott. So exciting! And do you guys think Dodgson might be the true big bad of JW:D? 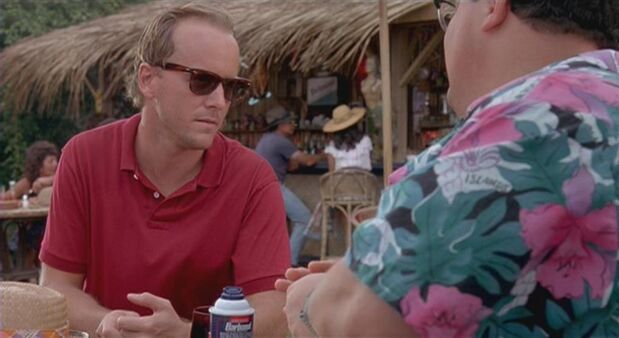 OH MY FREAKIN'GOODNESS something just happened. I cannot contain myself. Oh my gosh. Lewis dodgson is returning for JWD! Yes! I have waited so long for this. I wanted this right from Jurassic World in 2015. This also confirms the first official apperance of Biosyn. I literally wrote in a reply to a JWD post "All I want is Biosyn". This most probably is because they are planning to make Biosyn a catalyst for the original trio to come into play. Campbell Scott will be playing the role of Dodgson. This is turning into an epic movie, and maybe even paves way for them taking the franchise forward.

In fact, earlier, Colin trevorrow also hinted that the dilo can also be returning for Dominion. OHMYGAWSH! 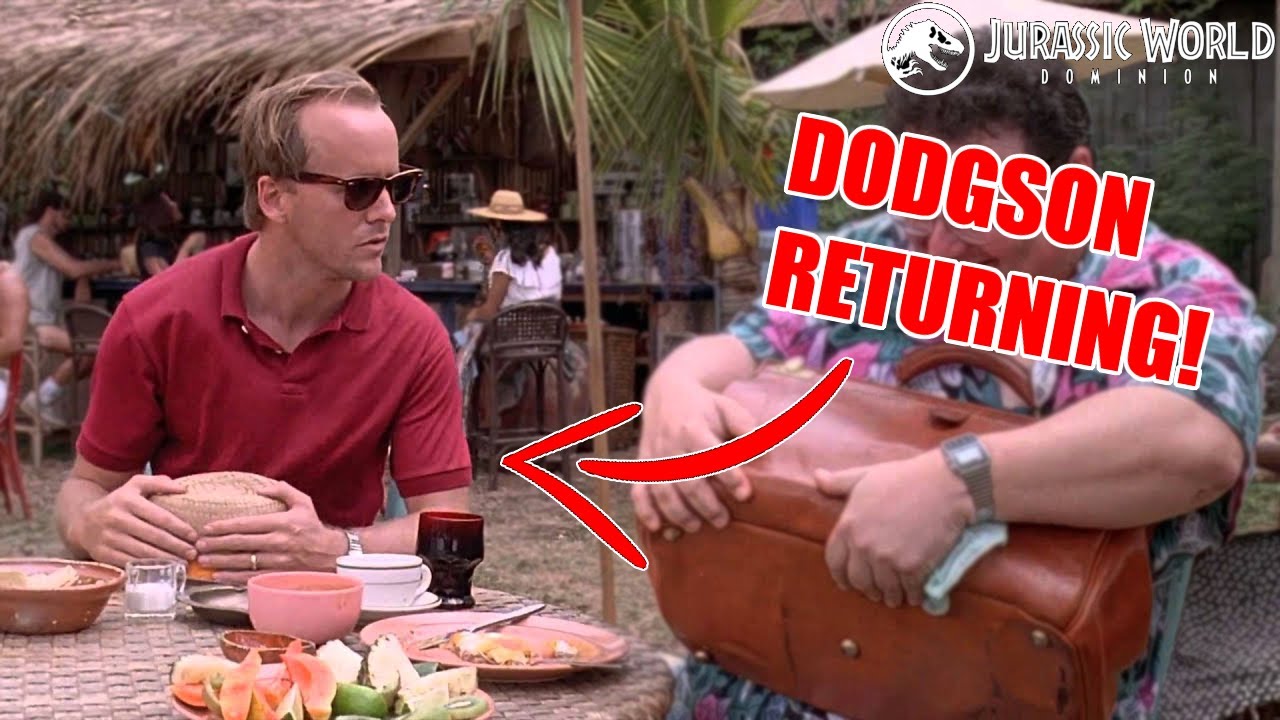 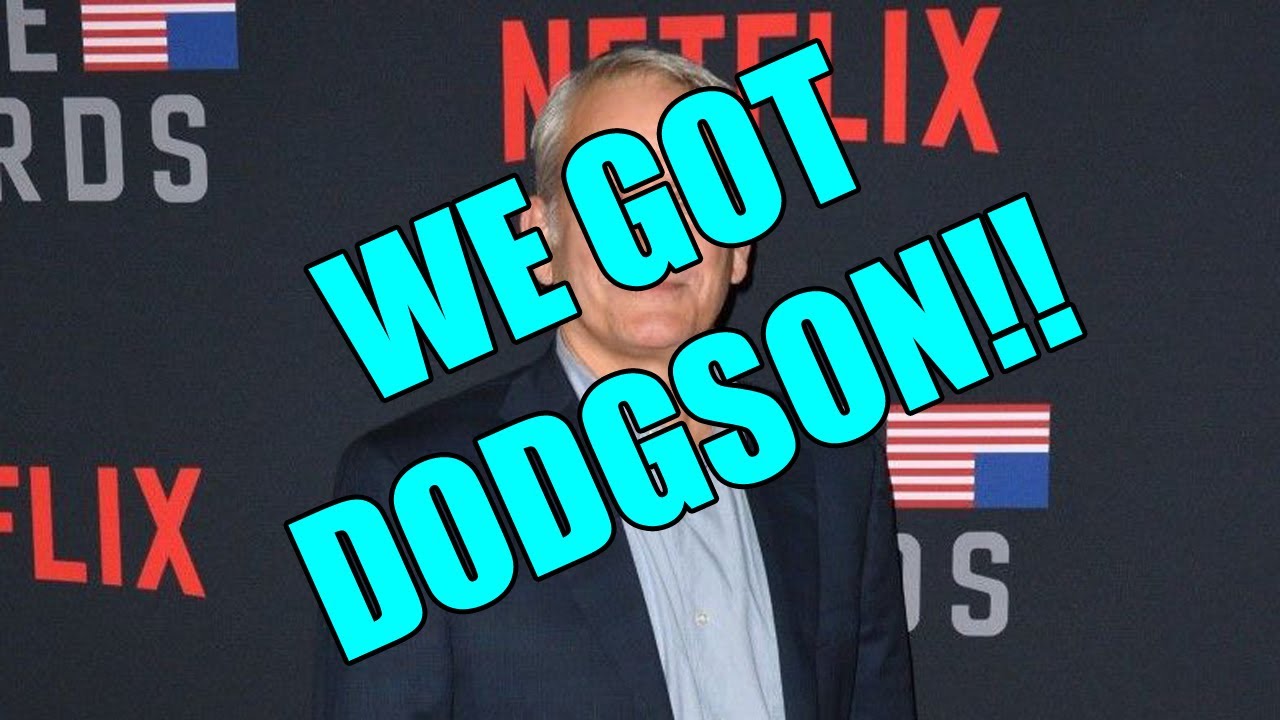 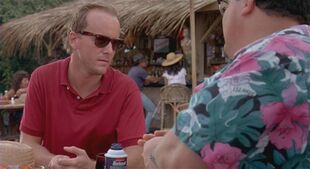