PC makes things boring and I don’t like movies with PC agendas. PC agendas make me want to avoid movies. So basically, my opinion hasn’t changed at all since last time.

I personally don’t wanna imagine what a Disney-owned Jurassic Park movie would be like. It’d probably make me sad.

Sounds about right to me

A reply to Dinosaurus1
3

I think Disney would probably milk it drier than the Mohave desert and further ruin it by making it more kid friendly, which would probably make me avoid it at all costs like I do whatever else I don’t like.

A reply to Carnotaurus walleri
0

Thanks to y’all for liking the Baryonyx. I appreciate it

A reply to Carnotaurus walleri
1

I have risen from the grave after escaping the abyss of stuff that I like. I did spectate but never felt like saying anything. But yeah, I’m alive. And I did a little redesign that I’ve only shown to people on discord so far, but it’s basically because lately I’ve started seeing the giant alligator they labeled as a dinosaur to not be appealing, and so I put it with something I thought actually looked like a Baryonyx. I tried to exaggerate both the famous claws they were named after and the crest they have on their heads, but I don’t know if that really shows as much as I’d like it to. Also I gave it a color scheme I found much more appealing for me at least. One last thing to note, at first I accidentally included an anatomical inaccuracy I ended up being able to correct thanks to some helpful friends of mine. I probably won’t show that though. Lemme know what you think of it and have a good day! 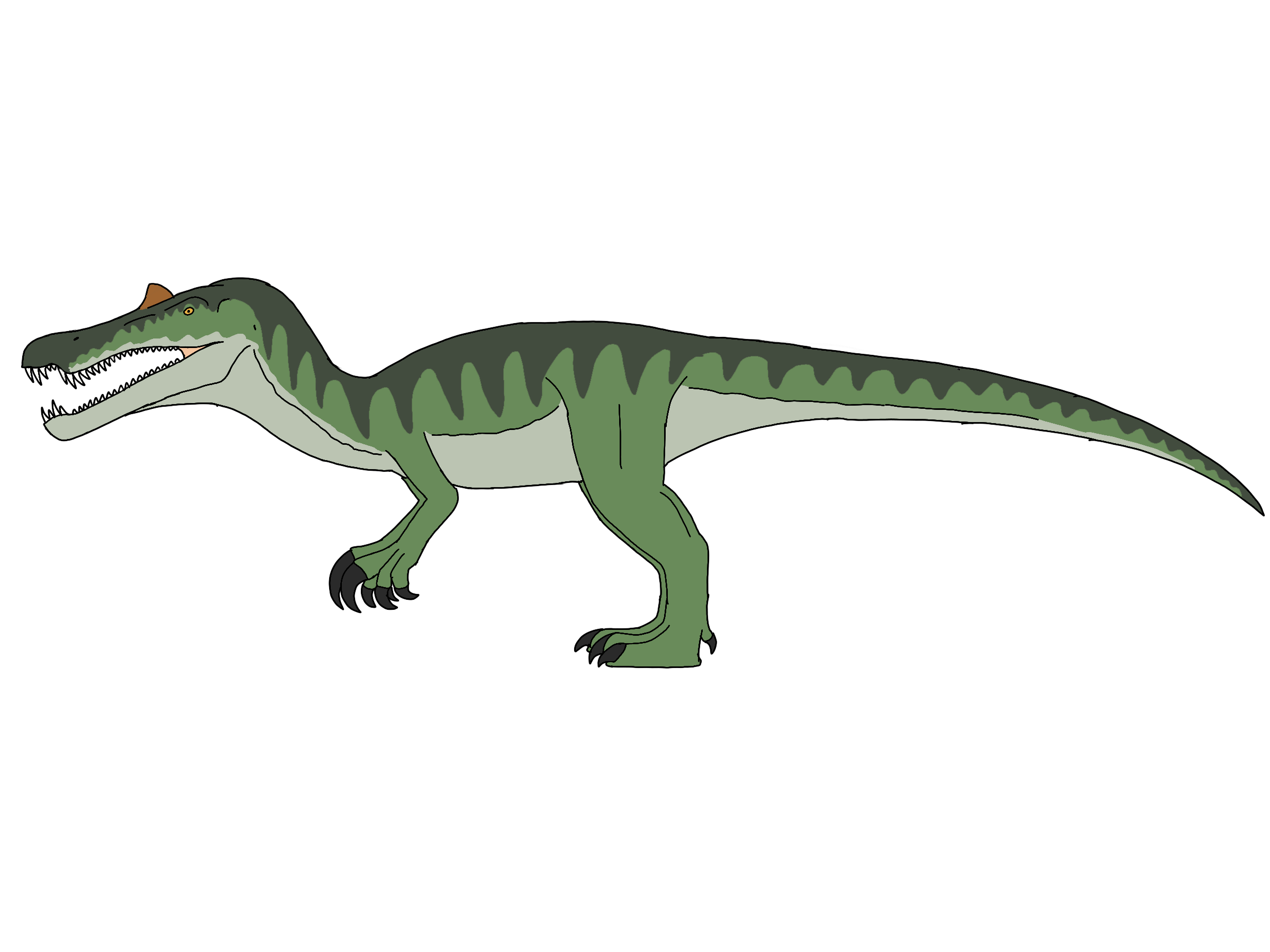 I would personally like a Nodosaur of some kind. Like a Denversaurus or a Borealopelta(I’d prefer the former because assuming they’d make it inaccurate in some way, it would be less irritating).

A reply to Gavin Lampkin - Paleontology
5

Frontier design is my favorite

My bets are on torvosaurus.

I’ll tell ya one thing, it’s certainly a defectosaurus, The apex predator of basically nowhere. It’s certainly dangerous, that’s for sure.

I call it the place where people are probably gonna get more deadly parasites since that’s probably true...

I’d go for the Edmontosaurus since they’re the only one with specified numbers. Combine that with the large size of E. annectens, wed only be taken out 3.4 feet from the fence if we are lucky.

It needs some sort of redemption in JW3

They introduce new dinosaur species in every movie. I don’t see them not doing it now, even if it’s only one or two. If they did introduce a new dinosaur, my bets are on Microceratus.

Honestly I’d pick them all up given the chance.

A reply to Dinosaurus1
2

Well, I look forward to the spinosaurid and abelisaurid. Probably gonna pick em up first. Maybe also the Postosuchus

(edited by Carnotaurus walleri)
A reply to Dinosaurus1
0

Maybe... if it weren’t for the fact that I wanna collect figures of anime characters from animes I watch.