The Dino-Damage Medical Center is a detailed playset released in The Lost World Series 1 toy line. It comes with an Allosaurus that features several removable bodyparts. The lab is used for healing the wounded dinosaur.

The set was probably inspired by the scenes from the movie in which Sarah Harding treats a wounded infant T. rex.  It can be noted that the allosaurus's paint job is the same as the young T. rex from the Jurassic Park series 1 toyline.

side
Add a photo to this gallery 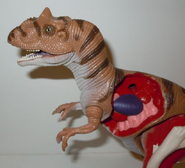 In this medical center the wounds of the dinosaur can be treated. 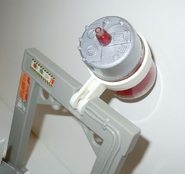 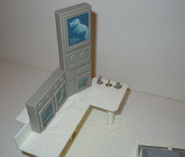 Add a photo to this gallery
Retrieved from "https://jurassicpark.fandom.com/wiki/Dino-Damage_Medical_Center?oldid=244970"
Community content is available under CC-BY-SA unless otherwise noted.