The Dodo (Raphus cucullatus) is an extinct flightless bird that was endemic to the island of Mauritius, east of Madagascar in the Indian Ocean. It is closely related to pigeons.

The Dodo appears in the game Jurassic Park: Builder as a limited edition herbivore in the glacier park. 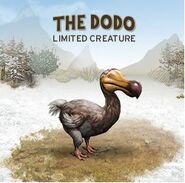 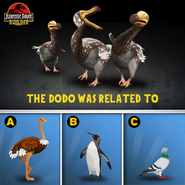 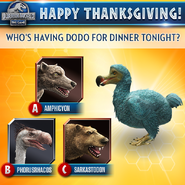 Retrieved from "https://jurassicpark.fandom.com/wiki/Dodo?oldid=237521"
Community content is available under CC-BY-SA unless otherwise noted.