End of the Line

A Beacon of Hope

End of the Line is the eighth and final episode of the first season in the Netflix series, Jurassic World: Camp Cretaceous. The episode was released on September 18, 2020.

It's a race against time as the campers make their way to the main dock to catch the last ferry leaving the island.

Darius desperately tries to save Ben as he hangs on to his hand. Ben falls and the group is completely shocked and upset as Ben falls from the monorail. Sammy sobs and refuses to believe that Ben might be dead. Then, Darius realizes that the monorail is going north from after they changed course. They realize that they need jump off.

An announcement is made about a ferry leaving the park in one hour. The group is concerned about where Bumpy is and they want to look for Ben to see if he is alive or dead. They keep running, but Yasmina falls down because she’s still struggling with her broken ankle. Darius has an idea to use the tunnels to get to the ferry even faster. But the park went on lockdown so there is a lot of security gates and Kenji starts to freak out. They then come across a group of Compsognathus. Toro then comes around the corner and they run away. They find an exit to a shipping dock but it’s sealed off and they can’t exit. Darius starts to lose hope, but the group tells him to get back up.

The campers then face Toro themselves. Darius causes an explosion using a shock prod and gas canisters to blow Toro up but it still doesn’t kill the dinosaur. Toro still walks away, defeated, and the explosion created a hole in the wall so that the group can run to the ferry. However, when they arrive, the ferry has left. They decide that before they come back, they stick together. Bumpy walks through the forest, and runs into a still breathing Ben. 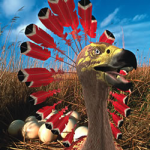 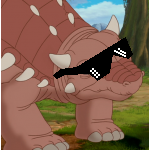 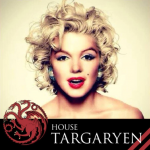