Billy decides to take the elevator up with Nima, but to leave Gerry and Jess behind, who are startled to discover that Nima was hired to smuggle dinosaur embryos off the island, and that she made a deal with Billy. However, she refuses to go with him and abandon the Hardings. So instead, Billy leaves all three of them to die. The facility then starts to flood, and they are forced to escape to the unflooded center. Somehow, Jess grabbed the canister from Billy. Even though she promised not to steal, Gerry forgave her by making the canister a freebie. However, water is slowing leaking in, and the survivors are left with only one way out: swimming through the lagoon with the tylosaur. 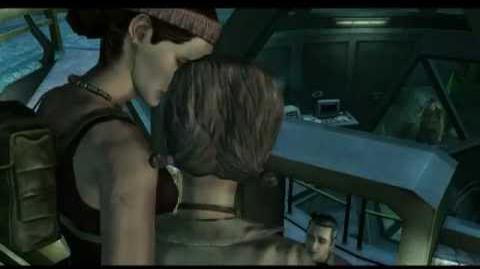