Eudimorphodon was a pterosaur that was discovered in 1973 by Mario Pandolfi near Bergamo, Italy and described the same year by Rocco Zambelli. The nearly complete skeleton was retrieved from shale deposited during the Late Triassic (mid to late Norian stage), making it one of the oldest pterosaurs known. It had a wingspan of about 100 centimetres (3.3 ft) and at the end of its long bony tail may have been a diamond-shaped flap like in the later Rhamphorhynchus. If so, the flap may have helped it steer while maneuvering in the air. Eudimorphodon is known from several skeletons, including juvenile specimens.

Eudimorphodon appears in Jurassic World: The Game as a VIP pterosaur. 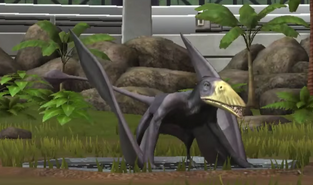 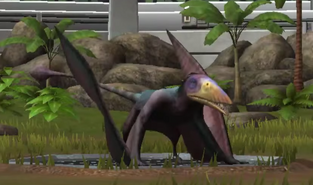 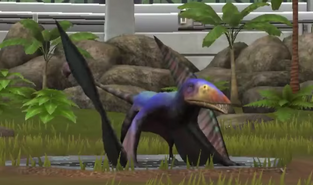 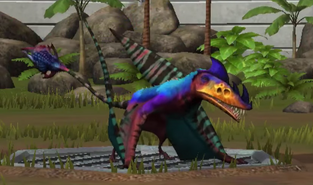 Retrieved from "https://jurassicpark.fandom.com/wiki/Eudimorphodon?oldid=219325"
Community content is available under CC-BY-SA unless otherwise noted.