Jurassic Park: The Game
Nima demands that Yoder goes back outside to get the canister. He looks outside, to see that the canister is right next to the where the T. rex is still feeding. At first, Yoder refuses to go and get it, but when Nima tells him that she will do it, he tells her that he is in charge of the canister, so he has to go get it back. He manages to sneak up to the T. rex without being seen. As soon as he picks up the canister, he attracts its attention, to which he runs for his life back to the tunnels. 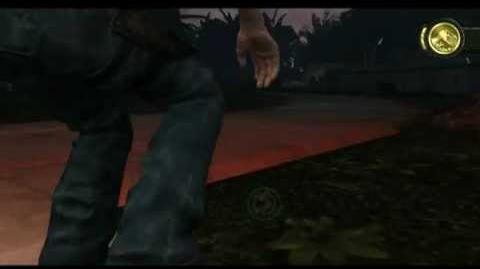 Jurassic Park The Game - Episode3 The Depths - Get The Canister! (Gold)
Episode 3: Get The Canister
Community content is available under CC-BY-SA unless otherwise noted.
Advertisement