"See how we turn DNA into dinosaurs through the magic of genetic engineering."
—Park Map(src)

The Hammond Creation Lab is the laboratory where Masrani Global Corporation recreated the dinosaurs for Jurassic World. Weekly 2-5 dinosaurs are born at the Creation Lab.[1] In total, 250 dinosaurs were recreated here. The T. rex was created by InGen and therefore not cloned here.

The Creation Lab is located next to the Samsung Innovation Center. A section of the lab can be viewed by the park's visitors through glass walls.

Tourists can enter the Creation Lab from the main hall of the Samsung Innovation Center. The entrance of the Hammond Creation Lab is located between the "Draw a Dino" and "Digging for Dinosaurs" exhibitions. In front of the entrance, a memorial statue of Dr. John Hammond is located.

After passing the statue, visitors will stumble upon a timeline that shows a 'brief history of neopaleontology". John Hammond's actions and the opening of Jurassic World are on the timeline.

A hallway brings the tourists into the Creation Lab, they can watch the scientists working through glass walls. Sometimes the scientists interact with the visitors. In this tourist area, the scientists and equipment are showed in order of the cloning process.

The first part of the area is called "O1 Extraction", three female and three male scientists work in this section. The entire back wall of this section is covered by cupboards containing luminated pieces of Amber. The scientists inspect if the amber contains ancient mosquitos that fed on dinosaurs. Over millions of years the amber has protected large amounts of the DNA inside the insect. The first step involves the extraction of DNA. A hole is drilled in the amber towards the abdomen of the insect. A pipette is used to suck the dinosaur blood, containing the DNA, from the insect.

The second area is named "02 Sequencing". This area has two workbenches where scientists are preparing the DNA samples with pipettes and microscopes. Ion Proton sequencers are used to sequence (decoding and mapping) the DNA molecules.

Because dinosaur DNA is soo old, many parts of the genome are lost. These gaps are filled with similar sequences from related species, like birds or crocodiles.[2] The Hammond XB-20 can decode and correct the genome of any extinct creature in under an hour.[3]

activating sequencer
Add a photo to this gallery

The reconstructed genome is inserted into an artificial host egg, synthesized according to the requirements of the animal. Synthetic proteins then ensure that the host has sufficient nutrition throughout its gestation in order to survive over the weeks until hatching.

The dinosaur DNA is inserted into eggs that make them mature faster. The eggs are watched over and kept in conditions made to simulate the mother's nest until they are ready for the nursery.

When the dinosaurs hatch they are sent to the nursery and are cared for by dinosaur behaviorists until they are old enough to be placed in their own attractions. 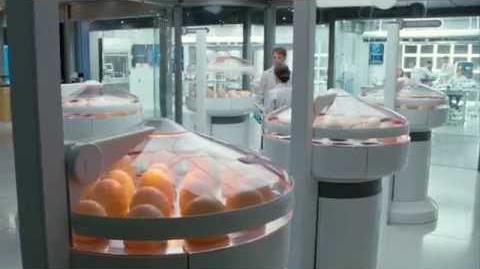 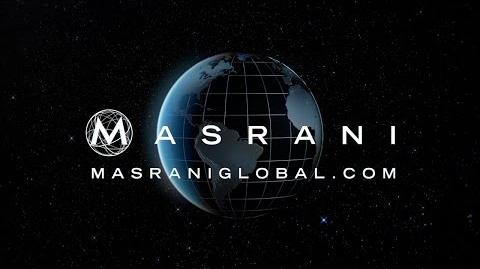 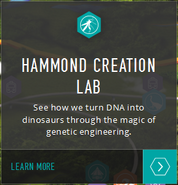 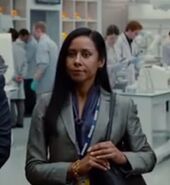 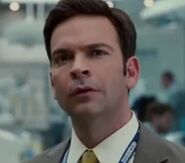 The shot of the two-headed albino snake seen in the lab in Jurassic World was considered difficult to film by director Colin Trevorrow because "the second head didn’t look like it wanted to be there".[5]

Retrieved from "https://jurassicpark.fandom.com/wiki/Hammond_Creation_Lab?oldid=243092"
Community content is available under CC-BY-SA unless otherwise noted.