The InGen compound, or Embryonics Administration, is the name that is given to a massive complex of buildings that InGen had built on Isla Sorna. The buildings of the compound were once devoted to breeding dinosaurs.

The InGen compound should not be confused with the Worker Village, which was designated to accommodate the InGen workers.

The compound was built before the Worker Village.[1]

According to the Dinosaur Protection Group, the facility was vital in the cloning of at least four illegal dinosaur species in 1998,[2] as a direct violation of the US House Committee of Science's Gene Guard Act, which extended the cloned dinosaurs the same rights as endangered animals, restricted access to the two islands, and prohibited further cloning of any dinosaurs by InGen or its now parent company, Masrani Global. The production floor was repurposed for 9 months for the cloning of these specimens, and was later re-abandoned whereas to not draw attention.[3]

The entrance to the main facility can be found at the Embryonics Administration facility, adjacent to the breeding and hatching facility. Preceded by a heavily overgrown parking lot that contained the battered hulks of vehicles once utilized by InGen on the island, the landscaping around the front has been heavily overgrown after eight years of lacking human maintenance. The ferns that had adorned the now mold and vine encrusted InGen sign that was the centerpiece to the parking lot have grown wild, and the shrubbery that lined the front of the building now threatens to spill over it’s placement. Debris lays strewn across the parking lot, and the portico that graced the top of the entrance now sags ominously.

Inside the lobby, computers lay dormant and encrusted with mold over what was once a fine reception desk. The power here no longer works, as evidence by the lack of a dial tone when Amanda Kirby tried a phone that laid on the desk. Behind the desk was the InGen technologies logo, vines slowly creeping over it. Holes in the roof above had allowed puddles of water into the room, and vines hung from the ceiling of the room. Beyond this was a hallway that, presumably, led to other unseen areas of the Embryonics Administration center. This hallway also leads to the production facility, where the dinosaurs were produced. Located somewhere in an “S-curve” of the hallway is a quartet of vending machines that held snacks. At least one of the machines had a glass front, and another held plastic. There is also a water dispenser in the center of the row.

A long, 3-story, rectangular structure served as the factory floor to the entire operation. The entire floor held a long parallel row of incubators, each holding nine eggs. These incubators were intersected by numerous gigantic, robotic arms that hung from the ceiling on a track. Their exact function and how they operated can be only speculated. The incubators were flanked on the outside by rows of embryonic tubes, where InGen could visually watch the progression of the growth of their dinos, and where they could spot deformities that allowed for them to perfect their cloning process. The entire ground level could be watched over by a pair of catwalks that intersected at various points over the floor. By 2001, the entire floor had been layered in a thick covering of dust, and the robotic arms were stalled and rusted. Some dinosaur eggs had fallen to the floor to lie with the leaves that cluttered there. The water inside the embryonic tubes had turned green from the lack of proper oxygen flow, and any dinosaur embryos that had been inside had rotted. Some tubes had been broken open, and their contents now empty.

Their precise location within the Compound is unknown, but most likely in the same facility as the production and Embryonics Administration. This is where the juvenile dinosaurs would have been kept to grow until either their placement into Jurassic Park on Isla Nublar, or to places unknown. Having several rows of small cages that apparently would have been padded with hay, the young animals could be nourished with what seems to have been enlarged versions of the same type of water bottle that one would use to give hamsters water with, although this seems to be a feature of only the smaller cages.

In the novel, Jurassic Park Adventures: Survivor, Eric Kirby seeks shelter in the Compound for the first weeks of his stay on the island.

During production of Jurassic Park III, exterior shots of the compound and interior shots of the Embryonics Administration lobby were filmed on the same back lot which stood for the Site B Village in The Lost World: Jurassic Park. In fact, the Operations Building set was merely re-dressed to create the facade and lobby of the Embryonics Administration building.

As of 2016, the set still exists on the Universal Studios Hollywood backlot, adjacent to the War of the Worlds and Whoville sets, although the entire structure has collapsed in upon itself.

The interior of the compound's production floor was filmed in a warehouse located east of downtown Los Angeles.[4] 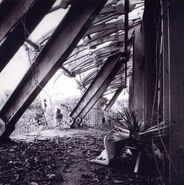 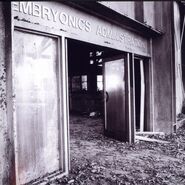 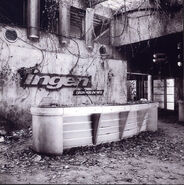 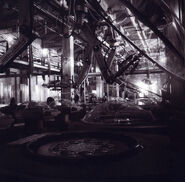 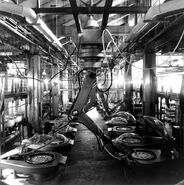 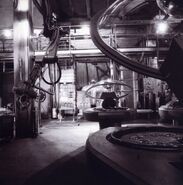 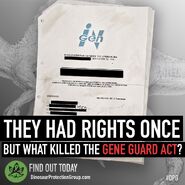 Gene Guard Act
Add a photo to this gallery

Retrieved from "https://jurassicpark.fandom.com/wiki/InGen_Compound?oldid=264075"
Community content is available under CC-BY-SA unless otherwise noted.