It coincided with the release of Jurassic Park 3D. It would be considered a mobile version of Jurassic Park III: Park Builder and Jurassic Park: Operation Genesis. In February 2020, Ludia announced that it would end support for the game, which would no longer be playable as of March 30, 2020.[3]

Gameplay is similar but not as detailed and grandiose as the construction engine of JP:OG. Players are given a stretch of land to build upon, which they can expand as they level up. Players can place whatever they wish into their park as long as space is available.

Top bar: The top bar shows the player's level and the amount of consumable goods. Players can earn a variety of consumable foods for ingame use. Crops serves as food for the herbivores, meat serves as food for the carnivores. The game's primary currency are gold coins. The game's rare Dino-Dollars are used to buy special items. Dino-Dollars can be purchased from the ingame store using real currency or can be earned by leveling up or fulfilling certain criteria in the "GET MORE FOR FREE" option in the resources tab. Dino-Dollars can also be used to buy coins and large quantities of meat or crops.

Bottom bar: At the bottom of the screen 4 icons are shown.

The tabs in the Market are explained here.

Resources Tab: Lists the amount of food, gold and Dino-Dollars.

Dinosaurs Tab: Players can choose from more than over 30 dinosaurs to place into the park. In order to obtain these dinosaurs, the player must expand his park by cutting down the surrounding jungle area and clearing away the debris left behind. One piece of debris will contain a piece of amber, which the player must invest money into decoding. Once fully decoded, a dinosaur will be revealed and be ready for purchase. Most dinosaurs can be bought with the coins earnable ingame, but certain dinosaurs can only be purchased with special Dino-Dollars. Only one of every species of dinosaur can be placed into the park,although the smaller ones live in pairs and the dodo actually has 3 birds per batch. When the dinosaur is placed into the park, it starts out as an egg. The player must wait on the corresponding time limit to pass in order for the dinosaur to hatch. When the dinosaur hatches, it will begin to generate money for the player to collect. Carnivores are kept in cages, while herbivores are not confined. All dinosaurs start from level one. The higher the level, the more money they earn. When they reach the halfway mark for every dinosaur level (example: lvl 5), the dinosaur matures into its adult form. To level up a dinosaur, the player must feed it(crops for herbivores and meat for carnivores). When a dinosaur reaches level 10, it can be evolved. Evolving a dinosaur allows it to reach the next level tier, which allows it to make more money. Evolving a dinosaur also changes its skin, which only serves for visual appeal and does not affect gameplay. Choosing the evolve option is irreversible and makes the evolving dinosaur unavailable until it is fully evolved. No money can be earned from it during this time. When the dinosaur is fully evolved, it will revert to an egg form, and the player must wait out the time limit until it can hatch again. The process can be repeated up to level 40 (aka level MAX) and can be done for every dinosaur.

Obtaining meat and crops is possible via their corresponding harbors. The player invests money into the individual harbors, which opens up a time window which the player can expand by putting in more money. The harbors collect food for the dinosaurs over the time limit. Harbors can also be upgraded to allow more food to be earned and have longer time to allow more food to be gathered.

Decorations Tab: The player can purchase foliage or aesthetic pieces for the park. They take up the park's space but have no actual affect on gameplay. When placed next to buildings or dinosaurs, it allows coins to be collected faster. Plants, fountains, braziers, fossils, rocks, and various other items can be unlocked by leveling up. The higher the level, the more content the player has access to. These items can be purchased with coins, but certain items can only be bought with Dino-Dollars.

Buildings Tab: The player can place certain buildings into their park to allow more coins to be collected. These buildings do not alter gameplay and only serve for visual stimulus and to obtain more coin. Buildings must be constructed before they can start earning coins ingame. ? This means the player must wait out a time limit. ? There are a variety of buildings to choose from. Most can be purchased with coins, but certain ones can only be obtained via Dino-Dollars.

John Hammond has made you the manager of Jurassic Park. You have to build a well functioning Jurassic Park on Isla Nublar. Characters from the films will be helping you realize this feat, by checking on your progress and helping your park to advance in prestige.

When you start the game, Triceratops is the first dinosaur in the game and Kelly helps you let it grow.

After the completion of Jurassic Park and Aquatic Park, John Hammond wants to open the Glacier Park; featuring the extinct animals of the Cenozoic Era. Alan Grant was actually on vacation, but he joined Hammond's team to the glaciers of Patagonia in search for DNA samples.

Dinosaurs and other Prehistoric Creatures

On March 29, 2012 a cover for the game's Facebook page was revealed. It shows Alan Grant, John Hammond and Kelly Malcolm. After that more artwork was revealed.

Jurassic Park: Builder was open for download on July 23, 2012 on iTunes in the USA and Canada. The game was advertised through Facebook. However, the game contained many bugs. On October 18, 2012, JP:Builder became available in Europe and South America. It was later released on Android and Facebook got it's own playable version as well.

Jurassic Park: Builder has a very active Facebook page to promote the game and connect the gamers. 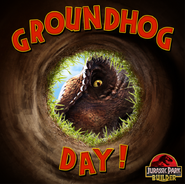 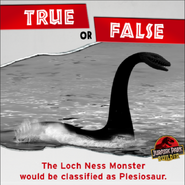 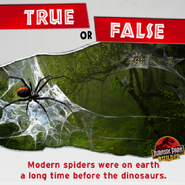 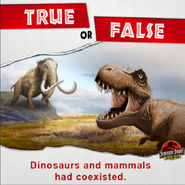 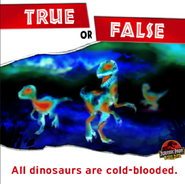 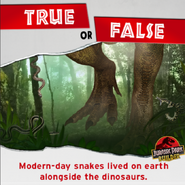 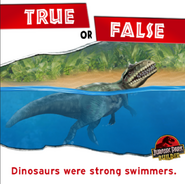 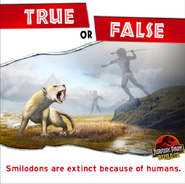 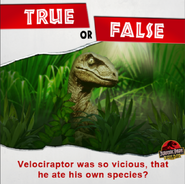 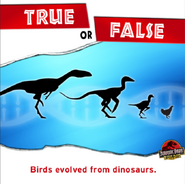 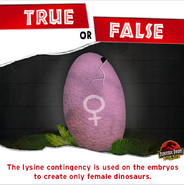 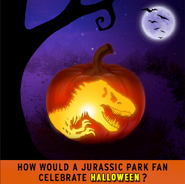 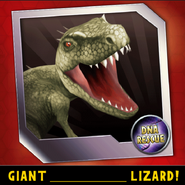 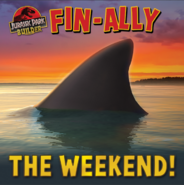 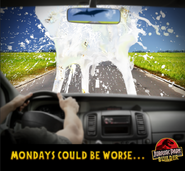 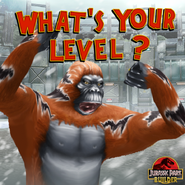 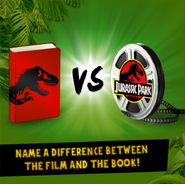 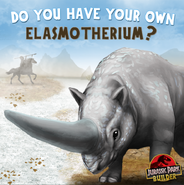 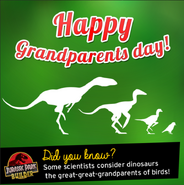 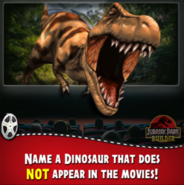 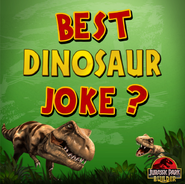 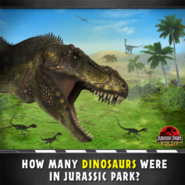