Jurassic Park: Chaos Effect is a line of action figures produced by Kenner. They were released in June 1998, soon after The Lost World Series 2. When it was conceived, Hasbro was aiming to create a TV Series to accompany the toy line.[1]

A few years after the events of The Lost World, a group of scientists went to one of the islands of Jurassic Park. While there, desperate to recreate the park's dinosaurs by completing the DNA sequence, they mixed the DNA of the dinosaurs with other species of dinosaurs and living animals today - resulting with the creations of aggressive and dangerous mutants. 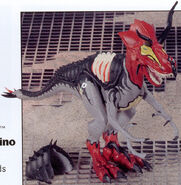 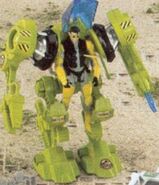