Jurassic Park: Survival was a video game that was planned to be released in conjunction with Jurassic Park III, in November, 2001. It was, however, canceled due to budget problems.

The player would control a character named David Vaughn, a security technician who is caught in a deadly situation. Following familiar Jurassic Park themes, JP: S takes place on a secret second island, which is populated with a wide range of dinosaurs that exist both in the wild and in contained security areas.

The US government is concerned with the possibility of their future growth and overpopulation, so it sends off a huge security team to the island to work alongside scientists to study their behavior. Like Dennis Nedry in Jurassic Park, a shadow organization weasels its way into the story, by locating a government insider on the security team. This secret company desires the power of generating dinosaur DNA and in an act of espionage, it launches an all-out attack, taking full control of the island. The player manages to escape momentarily, and find themselves in various strange, new situations throughout the game that make up the title's core.

Seen from the third-person perspective, Vaughn was to explore the island, finding and rescuing scientists and other security members, locating new weapons, and discovering phenomenally large locales, such as swamps, dense forests, huge underground caves and networks of tunnels, and military outposts. Unlike previously thought, this game was not going to be based on Jurassic Park III.

Survival was intended to play similarly to Tomb Raider games, putting an emphasis on third person combat and interaction. In a short video demo that was presented, the player was able to perform actions like rolling and climbing, while also merging actions together with functions like roll shooting. Platforming elements were to be utilized to give players a sense of depth in game, enabling them to potentially outwit dinosaurs, or take the inverse route to just fight them head on.

Dinosaurs would've been able to problem solve to a basic extent, with AI being designed around actions like luring players, be it alone or in groups and even retreating to get reinforcements.

Puzzle-based gameplay was set to play a seemingly major role, with an IGN review noting how the game "looks to straddle the line between Tomb Raider-like exploration and puzzle solving, and Metal Gear Solid-style action". Puzzles were said to be naturally built into the game's environment. Inventory management was set to be a part of gameplay, with players having to juggle it, while fending off dinosaurs and solving aforementioned puzzles.

The dinosaurs and creatures of the game were based on models created by Stan Winston. High resolution photographs of the models would be taken to create the creature's skin texture. It was said that the maximum amount of polygons utilized for saurian models was 1,500, which, while low for the PlayStation 2, was done to allow for more detail and visual fidelity in the environment.

The game would feature an arsenal of weapons, three of which were revealed before the game was canceled. 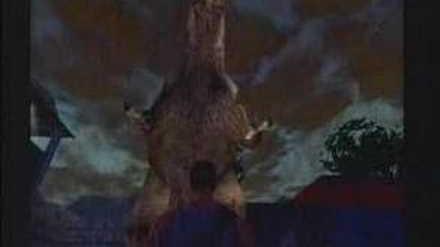 Jurassic Park Survival
Add a photo to this gallery

Retrieved from "https://jurassicpark.fandom.com/wiki/Jurassic_Park:_Survival?oldid=236140"
Community content is available under CC-BY-SA unless otherwise noted.