The players are part of an InGen security team that attempts to reclaim the park in Isla Nublar following the events of the first movie. A volcanic eruption has caused the island to become unstable, and the team must restore order to the park by capturing three of the park's most dangerous dinosaurs: a Triceratops, a Tyrannosaurus rex, and a Spinosaurus.

Like many other Raw Thrills games, Jurassic Park is a two-player rail shooter. The game is divided into three different areas, each split up into three missions. The players use their tranquilizer guns to shoot on-screen enemies, which often attack in swarms. Unlike certain other games, no reloading is involved. Certain objects will be highlighted in red - these include explosive barrels and falling debris. Sometimes target icons will appear (often on boss dinosaurs), and must all be hit to cancel out the attack or to avoid damage. Each level contains hidden powerups for health and different firepower as well as a bonus amber brick. 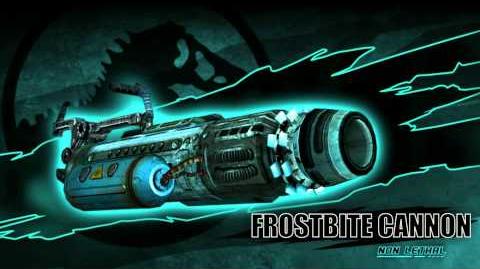 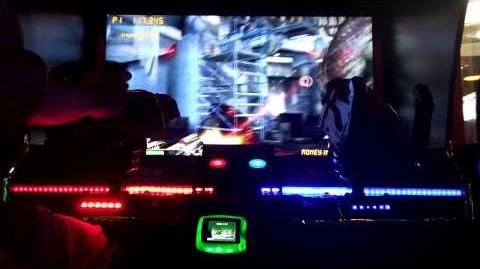 The Game Machine
Add a photo to this gallery 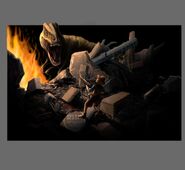 Spinosaurus chasing a jeep inside a cave.

Shore line with a jeep driving by a herd of Stegosaurus.

Helicopter flying by a flock of pterosaurs.

Humans exploring a nest with a gigantic spider watching them.

Female character concepts.
Add a photo to this gallery

The players encounter a group of Microraptors.

Retrieved from "https://jurassicpark.fandom.com/wiki/Jurassic_Park_Arcade?oldid=234975"
Community content is available under CC-BY-SA unless otherwise noted.