Jurassic Park III is a light gun arcade game based on the 2001 movie of the same name. Developed by Konami and released in 2001, Jurassic Park III uses the same cabinet and motion sensor technology as Police 911, requiring players to dodge the oncoming dinosaur attacks. It was preceded by The Lost World: Jurassic Park in 1997, also a light gun game, but from Sega.

The game starts when two InGen rangers, land on Isla Sorna with orders by Alan Grant to rescue survivors that crashed on the island earlier on in the story (not shown). The Rangers soon see a pack of Compsognathus attacking one survivor. The player now has to fight Compsognathuses, Dilophosauruses, and raptors until the survivor is found. Then a cinematic cuts to a nearby pond, revealing a sleeping Spinosaurus (presumably the same individual from the movie), which suddenly opens its eye. It then bursts from the pond and charges the player who must repeatedly escape it while fighting more Compsognathuses, Dilophosauruses, and raptors. This is the first boss. After several attacks on the dinosaur, the player reaches the landing area where the game started. However the Spinosaurus follows them into the clearing. Although it is the same individual, it is generally counted as the second boss. The player must repeatedly dodge it by hiding behind crates and shooting. Eventually the Spinosaurus gives up and the player and their teammates escape in an armored jeep. Another cinematic shows the Spinosaurus fighting a Tyrannosaurus, but the player drives away before a winner is revealed (although it is implied that neither wins, as both dinosaurs, presumably the same individuals, appear later in the game).

The next level begins when the Rangers find that there's more survivors in the hatchery (the one in the movie). The player stays in the car at this time, fighting an Ankylosaurus, but the dinosaur quickly destroys the car. This is the third boss. After it is killed, the player reaches the hatchery, where several more survivors are rescued from a huge group of raptors. The player then exits the building, only to find one last survivor being menaced by a T. rex. The player must fight it while avoiding being eaten. This is the fourth boss. There are weak points indicated by red crosshairs on certain body parts (usually the mouth and eyes) in this and other bosses. When you hit the crosshairs, a significant amount of damage is done. Right before each boss battle, a small picture of the boss, showing the crosshairs as red ares on the animal's body, appears in the bottom left corner of the screen. Once the Tyrannosaur is killed, the player begins heading for the coast.

On the way to the coast, the player must pass through the "Bird Cage" where the mutant Pteranodons were in the film. After defeating a group of the flying creatures, as well as some more Raptors, the player must fight the fifth boss, a giant (alpha) mutant Pteranodon. After defeating it, the group head to the boat (like in the film), fighting more Velociraptors along the way. As you make it across the river, you are assaulted by more Velociraptors, Compsognathuses, Dilophosauruses, and Pteranodons. After surviving these attacks, you face off against the Spinosaurus which attacks while taking cover underwater. This is the sixth boss. When the group reaches shore, they make their way through another group of Velociraptors until night falls in and they reach their goal, the Marina. There, the Spinosaurus attacks the group in a flaming background. This is the seventh and final boss. After defeating (and finally killing) the Spinosaurus the group gets on a boat and leaves the island. The Rangers lean against the boat as dawn breaks over. The credits show a variety of dinosaurs in the game running along a computerized background (green grids along a black backdrop). 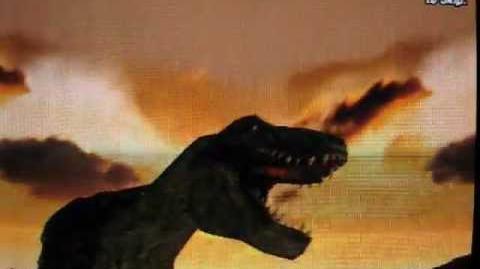 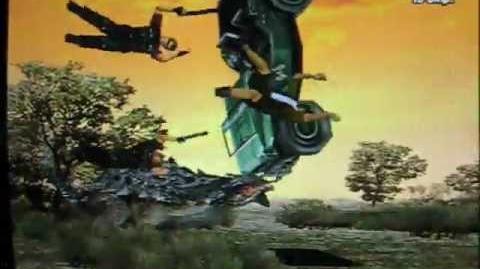 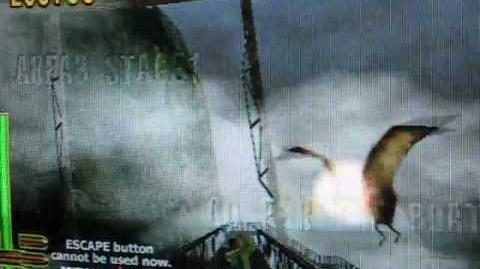 Jurassic Park III - Area 3
Add a photo to this gallery
Retrieved from "https://jurassicpark.fandom.com/wiki/Jurassic_Park_III_(arcade_game)?oldid=236142"
Community content is available under CC-BY-SA unless otherwise noted.