Jurassic World: Apatosaurus is a virtual reality program developed by Felix and Paul Studios for the movie Jurassic World.[1] Using a mixture of real footage and visual effects

[1] made by Industrial Light and Magic,[2] the player has a close encounter with an Apatosaurus from the Jurassic World film.

Colin Trevorrow has acknowledged the VR adventures as a film canon entity.[3]

Having driven Jeep 29 to the middle of a redwood forest on Isla Nublar, an observer watches as an Apatosaurus sleeps in the shade of the trees, its nest of eggs sitting beside it. When a Pteranodon flies overhead, the Apatosaurus wakes up, notices the observer, and begins to stand up. After getting to its feet, the Apatosaurus proceeds to walk over to the observer and begins to sniff them and to tilt its head to give it a better view. After assessing that the observer is not a threat, the Apatosaurus rears up on its back legs in order to reach a high branch before falling back to the ground, shaking several leaves off of the tree in the process. The Apatosaurus then walks back towards its nest and lies back down next to it, wrapping its neck and tail around the nest, before falling asleep once again. 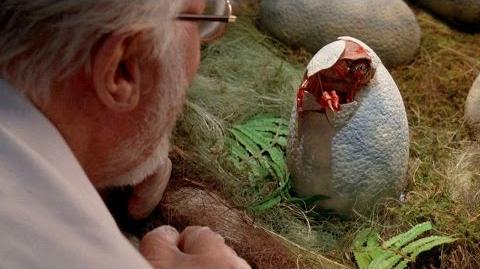 Check Out a Tease of the Jurassic World Virtual Reality Experience!
Add a photo to this gallery

Retrieved from "https://jurassicpark.fandom.com/wiki/Jurassic_World:_Apatosaurus?oldid=248179"
Community content is available under CC-BY-SA unless otherwise noted.