Jurassic World: Camp Cretaceous is an upcoming animated action-adventure series set in the Jurassic Park universe. Created by DreamWorks Animation, the series is set to debut exclusively on Netflix sometime in August 2020. The series will be set during the time-frame of the events of 2015's Jurassic World.

Jurassic World: Camp Cretaceous will follow the adventures of six teenagers who are chosen for a once-in-a-lifetime experience at an adventure camp on the opposite side of Isla Nublar. However, once the events of Jurassic World occur and the dinosaurs get loose, the teens find themselves stranded. Cut off from the outside world, the six have to rely on each other to survive.

Scott Kreamer and Lane Lueras will serve as showrunners and executive producers. The series will be executive produced by Steven Spielberg, Frank Marshall, and Colin Trevorrow. Zack Stentz serves as consulting producer. 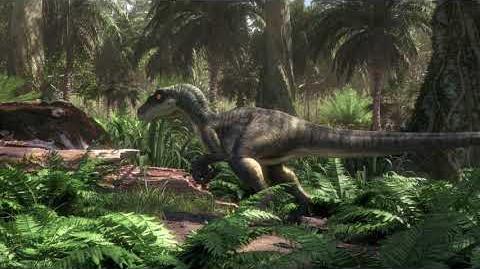 Retrieved from "https://jurassicpark.fandom.com/wiki/Jurassic_World:_Camp_Cretaceous?oldid=239405"
Community content is available under CC-BY-SA unless otherwise noted.