The sequel was first confirmed by Fallen Kingdom director, Juan Antonio Bayona.[1] Filming began in Canada in February, 2020 and the film is set to be released internationally on June 11, 2021.

"Well, there is going to be a Jurassic Park IV. It breaks away from the first three - it's essentially the beginning of the second Jurassic Park trilogy."[3] 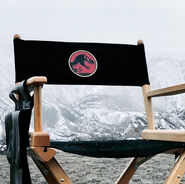 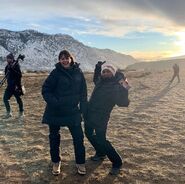 Retrieved from "https://jurassicpark.fandom.com/wiki/Jurassic_World:_Dominion?oldid=242513"
Community content is available under CC-BY-SA unless otherwise noted.