LEGO Jurassic World is a video game in which the player can play through the stories of the first four Jurassic Park movies. It is developed by Traveller's Tales and was released on June 12th, 2015.

Like most LEGO games made by Traveller's Tales players are able to collect studs, with silver being the lowest denomination at 10, then gold ones at 100, blue ones with 1,000 and finally purple being the highest and rarest stud with 10,000 value. Both humans and dinosaurs are playable with each having their own unique abilities, such as Ellie Sattler being able to grow trees, as well as dig through dinosaur dung.[2][3] Outside of being a playable character, Mr. DNA provides players with useful information and educational facts.[4]

As stated above, players are able to play through the four Jurassic Park films, with each film divided into five levels. Outside of the story mode, Isla Nublar and Isla Sorna serve as game hubs.[5][4] Players will be able to play as dinosaurs by finding amber bricks in every level of the story mode. These Paleo-DNA strains can also be mixed and matched to create genetic hybrids with different skin colors and variations.[2][3]

Another collectable encountered in each level are "Minikits" with ten in each level. When all minikits in a level are collected, they unlock a dinosaur skeleton. Common to all LEGO games, red bricks can be found as well. They provide the player(s) with cheats when activated, such as one red brick that allows characters to be the size of compys.[5]

The story follows the events of the first four Jurassic Park films, but in a more lighthearted manner. No characters are killed, with death scenes being altered to show them merely injured or miraculously escaping death. The game was also developed with many comedic and humorous overtones like other film-themed Lego titles.

After completing the stories of all 4 films, a cutscene will play showing Ellie and Alan uncovering a purple keystone, hinting towards the next LEGO game (which features Jurassic World content), LEGO Dimensions.

There are over 100 playable characters ingame.

There is a total of 20 playable dinosaurs.

In between levels, Mr. DNA will give facts about Dinosaurs, during which he mentions or talks about many of the dinosaurs in Jurassic World, but also Seismosaurus, Megalosaurus, Microraptor, and Suchomimus. Also, during the level "Main Street Showdown", a statue of a dinosaur is seen, which was used as Coelophysis in another LEGO Dino line. None of these dinosaurs are playable though.

After unlocking the lab in the Innovation Center, custom dinosaurs can be created if the ambers of the dinosaurs have been found. If properly used it can be used to create impressive hybrids.

There was a teaser for the LEGO Jurassic World game in LEGO's previous game LEGO Batman 3: Beyond Gotham. At some point during the credits, the ground starts shaking and the Jurassic Park theme is played. Around the corner a T. rex appears that roars and waves to the player. The T. rex is Plastic Man from the Lego Batman game, who at one point transforms into the dinosaur. It has a red belly and yellow back, it also has black stripes.

Differences from the films

Cameos from other Universal Movies 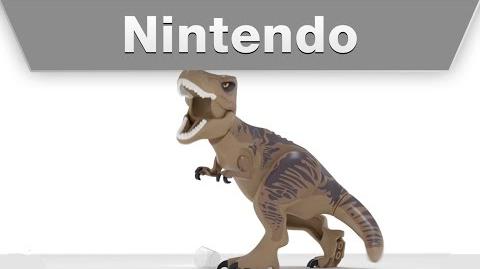 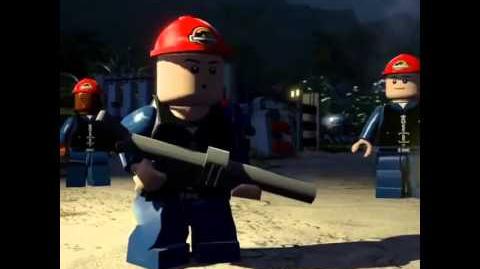 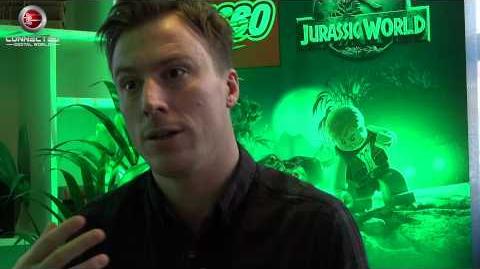 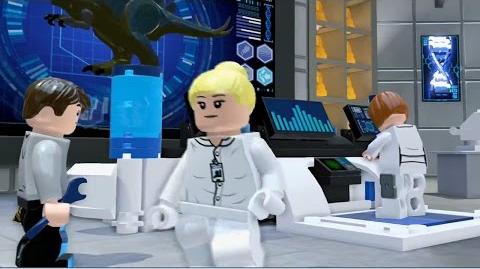 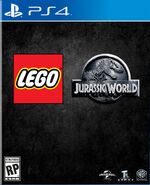 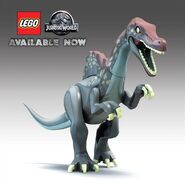 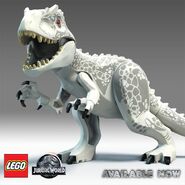 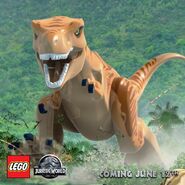 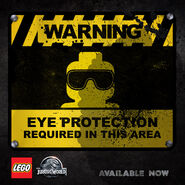 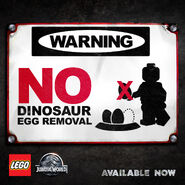 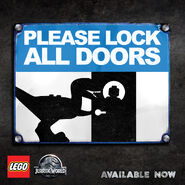 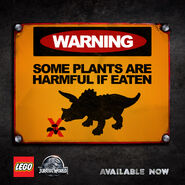