Lystrosaurus is a genus of dicynodont therapsid that originated in the Late Permian to the Early Triassic. It was believed to live in what is now known as Antarctica, India, China, Mongolia, European Russia, and South Africa, meaning that it was one of the few animals which served as evidence for the theory of continental drift and that all of Earth’s continents at the time it lived was one giant supercontinent landmass called Pangaea.

Currently four species of Lystrosaurus are recognized, with the type species being L. murrayi, and it was an example of a Permian genus surviving the Permian-Triassic Extinction and thriving during the Early Triassic.

Lystrosaurus appears in Jurassic World: Dominion. It is sold in the black market of dinosaurs in Valetta, Malta.

The Lystrosaurus animatronic at the Los Angeles premiere of Jurassic World: Dominion

Lystrosaurus was added as a swarm creature on May 25th, 2022. 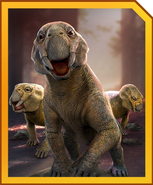 A minifigure of Lystrosaurus was released in a pack alongside Therizinosaurus for Jurassic World: Dominion. 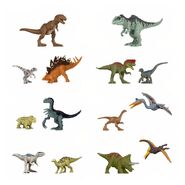 A Lystrosaurus figure is included alongside figures of Maisie Lockwood and Velociraptor Beta. 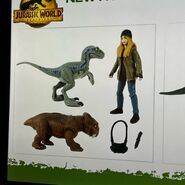 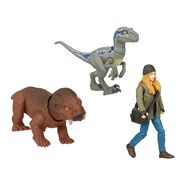 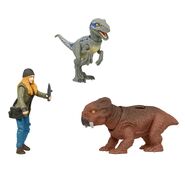 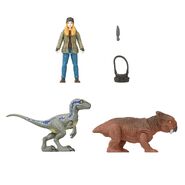 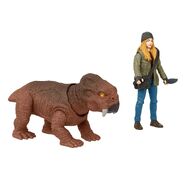 In an interview with Empire Magazine, DeWanda Wise mentioned that she took a particular liking to the Lystrosaurus animatronic and gave it the nickname "Leonard".[1] Colin Treverrow has mentioned there is a deleted where a Lystrosaurus was forced to fight an Oviraptor and win against the larger animal, this is presumably the scene that would include its CGI model.

In an interview with Dewanda Wise