Jurassic Park
Martin Ferrero (born September 29, 1947) is an American actor who played Gennaro in Jurassic Park. Other notable films Ferrero has appeared in include Planes, Trains and Automobiles (1987), Oscar (1991) and Heat (1995). Aside from his work in film, Ferrero has had an extensive career in television and theater; on TV he is perhaps best-known for his recurring role as small-time crook Izzy Moreno in Miami Vice (1984-1990). 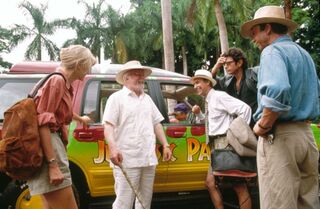 Retrieved from "https://jurassicpark.fandom.com/wiki/Martin_Ferrero?oldid=196263"
Community content is available under CC-BY-SA unless otherwise noted.