Jurassic Park: Builder
Jurassic World: The Game
Jurassic World: Alive
Megaloceros is an extinct species of deer which lived throughout Eurasia from the late Pliocene to the Late Pleistocene during the Ice Age. Megaloceros’ antlers could measure up to 3.65 meter (~12 feet) wide from tip to tip or about twice the size of a grown man. Megaloceros was also named "the Irish Elk", although it was not an elk nor exclusively found in Ireland. 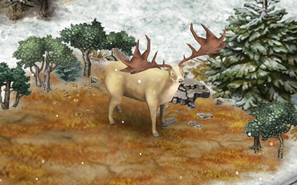 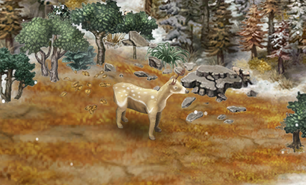 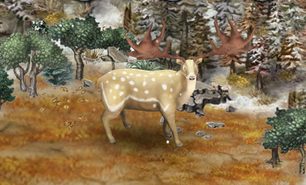 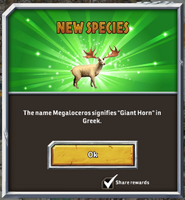 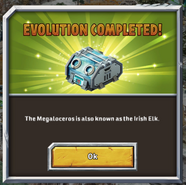 Evolution #1 message
Add a photo to this gallery

Megaloceros appears as a rare creature in Jurassic World: The Game. It can be fused with Paraceratherium to make the hybrid Indricoceros. 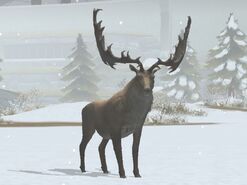 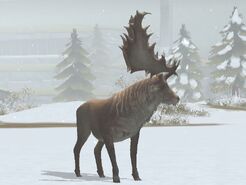 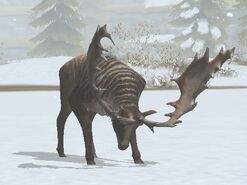 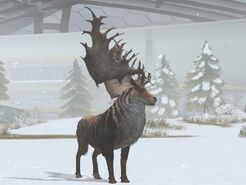 Megaloceros appears as a rare in the game. 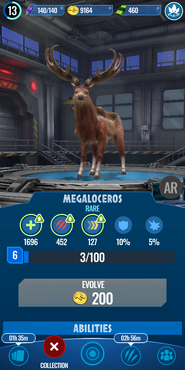 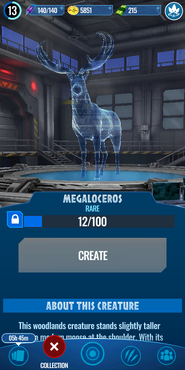 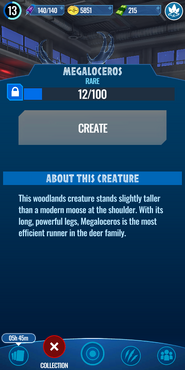 Retrieved from "https://jurassicpark.fandom.com/wiki/Megaloceros?oldid=262969"
Community content is available under CC-BY-SA unless otherwise noted.