Meiolania ("small roamer") is an extinct genus of basal turtle from the Oligocene to Holocene, with the last relict populations at New Caledonia which survived until 2,000 years ago.

Meiolania had an unusually shaped skull that sported many knob-like and horn-like protrusions. Two large horns faced sideways, giving the skull a total width of 60 centimetres (2.0 ft), and would have prevented the animal fully withdrawing its head into its shell. The tail was protected by armored 'rings', and sported thorn-like spikes at the end. The body form of Meiolania may be viewed as having converged towards those of dinosaurian ankylosaurids and xenarthran glyptodonts.

Meiolania can be created in the Glacial Park of Jurassic Park: Builder requiring dino-dollars purchase. 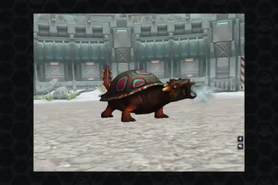 Level 40 Meiolania
Add a photo to this gallery

Meiolania appears as a rare in the game. 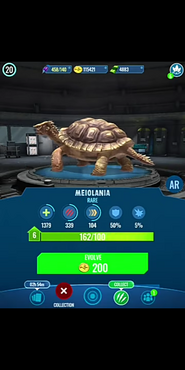 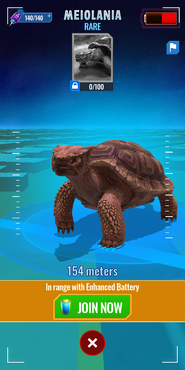 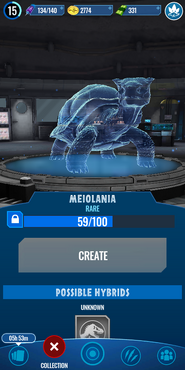 Retrieved from "https://jurassicpark.fandom.com/wiki/Meiolania?oldid=235598"
Community content is available under CC-BY-SA unless otherwise noted.