Miles Chadwick is a character in Jurassic Park: The Game. He is an employee of Biosyn, InGen's rival company. He is accompanied by Nima to retrieve the embryos that Dennis Nedry failed to deliver in the first film. He has an obnoxious and cowardly personality like Dieter Stark in The Lost World, or even Nedry himself.

In the commentary of the game, the developers explain that Miles Chadwick was meant to be an unpleasant character that the viewer wants to seen killed by a dinosaur; like Donald Gennaro. His last name Chadwick was chosen because it sounds like cheesecake.[1]

Miles Chadwick and his accomplice, Nima Cruz proceeded to the island to look for the barbasol can that held the dinosaur embryos. When he and Nima stumble across the fence, Nima is confused as to what animal needs a fence that high. Miles replies that it's a Zoo; they have all kinds of animals. When they come across Dennis Nedry's jeep, he is disgusted by Nedry's corpse. He looks around, trying to find the barbasol can, but Nima finds it first. However, a lone Dilophosaurus attacks them. Miles scares it away with a handgun, but more come and attack them. When Nima remarks that they need a distraction, Miles agrees, then shoves Nima to the ground, hoping that the "Dilos" will attack her. However, they ignore Nima and attack Miles, knocking him to the ground and devouring him alive, as Nima escapes. 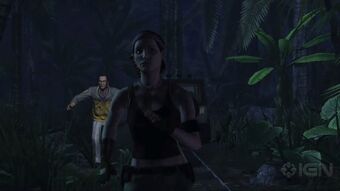 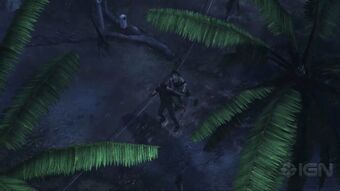 Miles and Nima surrounded by the Dilophosaurs. 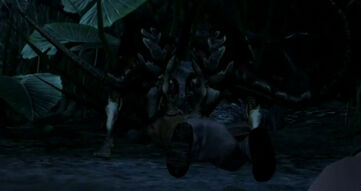 Miles is killed and eaten by two Dilophosaurs. 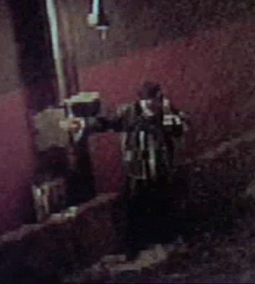 Miles Chadwick in the original Jurassic Park film, where he is refered to as "Mate"
Add a photo to this gallery

Retrieved from "https://jurassicpark.fandom.com/wiki/Miles_Chadwick?oldid=226619"
Community content is available under CC-BY-SA unless otherwise noted.