The Procoptodon which means “forward hill tooth” in Greek, is an extinct giant short-faced kangaroo that lived in Australia during the Pleistocene epoch, it is closely related to modern kangaroos.

Procoptodon appears as a limited edition Glacier Park animal in Jurassic Park: Builder. In the Battle Arena, it hops around, however in life, they had inflexible spines and robust hindlimbs, suggesting it instead walked like humans. 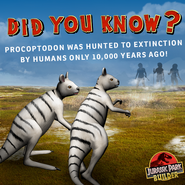 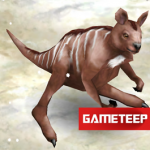 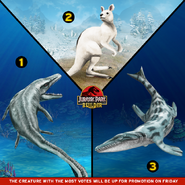 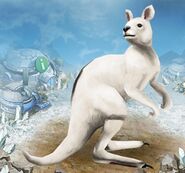 Procoptodon became an available subscriber exclusive VIP creature in the game on December 13th, 2019. Much like Jurassic Park: Builder, it is depicted as a hopper like modern kangaroos, when it couldn't hop in life.

Retrieved from "https://jurassicpark.fandom.com/wiki/Procoptodon?oldid=237542"
Community content is available under CC-BY-SA unless otherwise noted.