Prognathodon ('forejaw tooth') is an extinct genus of mosasaur squamate reptile. It had protective bony rings surrounding its eye sockets, indicating it lived in deep water. Its teeth are similar to those of some Triassic placodonts, so it may have lived a similar lifestyle, feeding on shellfish, large fish, and sea turtles. Its fossil remains have been found in the U.S.A (South Dakota and Colorado), Canada (Alberta), Belgium, New Zealand, Israel, Morocco, Angola, and The Netherlands. In 1998, an intact fossil skull was found in the Maastricht limestone quarries. Shortly after, it was nicknamed "Bèr", and put on display in the Maastricht Natural History Museum. This specimen was then identified as a Prognathodon, and received the species name Prognathodon saturator.

In Jurassic World: The Game, Prognathodon appears as a super rare surface creature in the aquatic park. 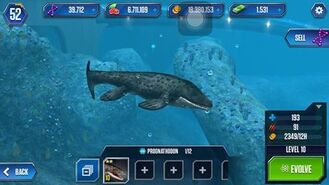 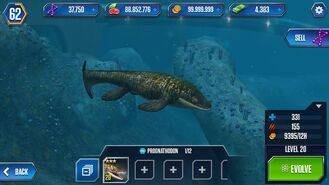 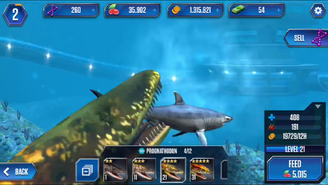 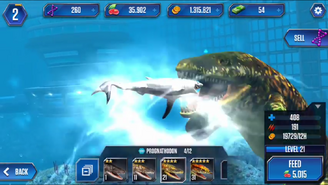 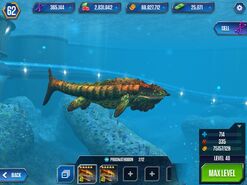 Retrieved from "https://jurassicpark.fandom.com/wiki/Prognathodon?oldid=238182"
Community content is available under CC-BY-SA unless otherwise noted.