Jurassic Park: Builder
Jurassic World: The Game
Psephoderma (meaning "pebbly skin" in Greek) is a species of aquatic reptiles from the Triassic period, about 210 million years ago. Its teeth were specialized for crushing the shellfish it ate. Despite its tortoise-like shell, it is not related with turtles. It is actually a placodont, a type of turtle-like marine reptiles that also included Henodus.

Psephoderma is a creature that is unlocked in Jurassic Park: Builder. It is a silver-league aquatic creature, and one of the creatures that have regular availability in the game. 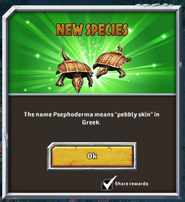 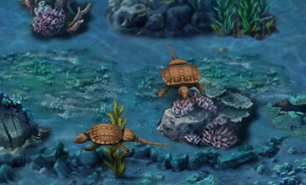 Psephoderma is a creature that is unlocked in Jurassic World: The Game. It is a super rare reef aquatic. The creature's name was spelled as Psephodfrma, which is a typo, but this appears to have recently been fixed. 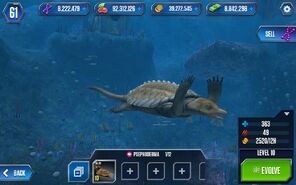 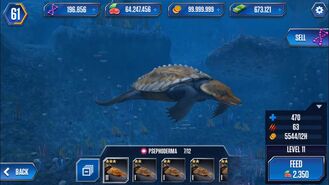 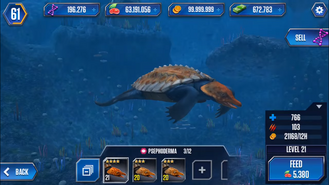 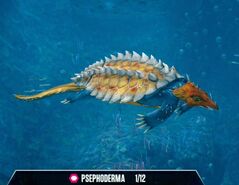 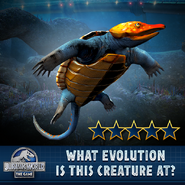 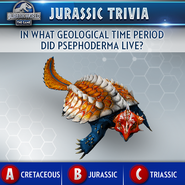