Start a Wiki
watch 01:48
The Loop (Movies)
Do you like this video?
Quetzalcoatlus is creatable in Jurassic World: The Game as a Super Rare pterosaur.

It is unlocked by completing the Earth Shattering event. More individuals can be purchased in the market for 1,350 DNA or found through card packs.

"Quetzalcoatlus fossils were discovered in 1971 in the state of Texas, where during the Late Cretaceous Period they had lived."

"Did you know that this airplane-sized pterosaur is one of the largest flying animals of all time?!"

"With a wingspan of around 40 feet, the Quetzalcoatlus is the size of a MIG-29 fighter jet!"

"This featherless behemoth gets its name from Quetzalcoatl, a Mesoamerican flying serpent god!" 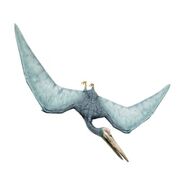 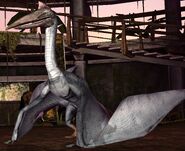 Add a photo to this gallery
Retrieved from "https://jurassicpark.fandom.com/wiki/Quetzalcoatlus/JW:_TG?oldid=236231"
Community content is available under CC-BY-SA unless otherwise noted.