Dr. Ryan Crest is a minor character in Jurassic World, played by actor Brent Kappel. Crest was one of Dr. Henry Wu's geneticists.

Crest was one of Dr. Henry Wu's scientists at the Hammond Creation Lab in 2015. Dr. Crest was seen working in the sequencing and assembly areas of the lab. His ID card shows that he is a geneticist. He was probably partially responsible in the creation of the Indominus rex. 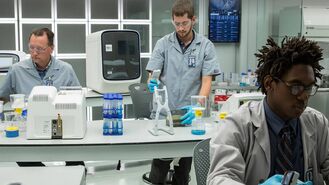 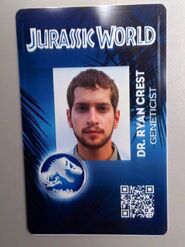 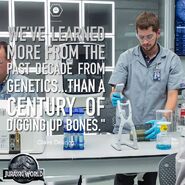 Promotional photo with Crest.
Add a photo to this gallery

Retrieved from "https://jurassicpark.fandom.com/wiki/Ryan_Crest?oldid=197222"
Community content is available under CC-BY-SA unless otherwise noted.