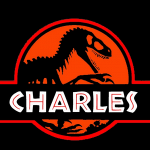 Hi my name is Charles Harris Doss, but while your here please refer to me as Sir Charles. Thank you.

Actually I was in to dinosaurs even before Jurassic Park came out I think maybe I was 4 or something all I know it was a LONG time ago probably 3 I think thats what my Grandmother said, for this I have made my own saying: "It wasn't Jurassic Park that got me into Dinosaurs, it was Dinosaurs that got me in to Jurassic Park.". I also remember when I saw the trailer for Jurassic Park at KMart I repeated what Ray Arnold said: "Hold on to your butts" it made a this lady and her daughter turn their heads! My Grandmother said my name and said that I was making people stare! LOL I was young what does people expect a kid to do.

"Hold on to your butts" - Ray Arnold.

I enjoy drawing normal dinos, JP dinos, other prehistoric animals such as reptiles and mammals, and I also draw JP Chaos Effect dinos and some of my own JP:CE creations.

Doing missions are a great way to help building this wiki.

The Experience Points gathered in all your missions are the main indication of your devotion to the Jurassic Wiki. If you reach 100 XP, you have enough experience to become an Admin.

Trophies can be bought with the gold you have gathered or earned when you reach a milestone. 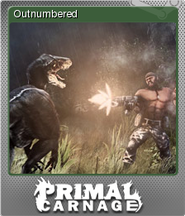 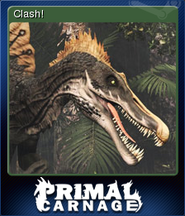 Add a photo to this gallery
Retrieved from "https://jurassicpark.fandom.com/wiki/User:Sir_Charles?oldid=90093"
Community content is available under CC-BY-SA unless otherwise noted.