"The Lost Generation" is an intended reboot of the cinematic franchise. The basic assumption is that, while JP/JW franchise is great, there are things that can be fixed and become even better. Of course the good parts will stay, but as every respected reboot, there will be changes, some for new blood and some for improving the canon. I don't know if i'll be able to write the complete fanfic, so this time, i'll write it down. Pictures of the characters, main points, victims lists and so on. Just in case. This reboot will focus mainly on "The Lost World", JP3 and JW:FK. Parts 1 will stay practically the same, except for new actors and up to date dinosaurs. Part 4 will have only one change - Claire won't insult Lowery's manhood.

The Lost Generation - Back To Brain Work

4 years after the Jurassic Park fiasco, the shockwaves are here to stay. Ian Malcolm is forced to join Hammond's cause and leave their rivalry behind. Between 2 kings who fights over a torn apart kingdom, all that's left for Malcolm is to keep people alive and stay alive.

Ian Malcolm (Neil Patrick Harris): Michael Crichton's avatar, the classic snarky theoretican and the male protagonist of TLW. He'll be just like his canon version, except his rivalry with the main antagonist will be more intense.

Sarah Harding (Hayley Orrantia): The female protagonist of TLW, Malcolm's protege who became his mate and one of Hammond's pawns. Her cinematic version had her flaws, but her novel version was badass, second only to Owen and Tembo on the toughness department. My version will be more similar to her novel version. The good intentions will stay though.

Eddie Carr (Reid Scott): Sarah's Engineer and possibly the first pure soul in the franchise. His death was the saddest one in TLW, and in my version, someone will die for the sin of bringing such great person to be killed.

Kelly Malcolm-Curtis (McKenna Grace): Malcolm's adopted daughter, Sarah's new protege and the first person in the franchise who killed a raptor without any firearm. She'll look and behave much like her novel version, but will also stay Malcolm's character development trigger like she was in the film.

Dieter Stark (Iwan Rheon): Worse than the canon ludlow and Nick, and similar to Ken Wheatley, Dieter will do his best to antagonize both the dinosaurs and the heroes. I picture him as Iwan Rheon because playing Ramsay Bolton qualifies him to many villainous roles. Tembo knows better than trusting him, and keep him as his right-hand only to keep his enemies closer.

Bastille Nickson (Eliza Dushku): The token evil teammate of the heroes group, replacing Nick Van Owen. Bastile is a convicted crimial who'll be bailed out by Hammond in exchange for sabotaging Ludlow's plot. However, unlike Nick, Bastile will end up as a truly heroic character and redeem herself. It's also important to say that while Bastile/Nick did horrible things, the main guilties are Hammond and Ludlow, one for creating the whole situation in the first place and the other for fueling his redemption with blood.

Roland Tembo (Aidan Quinn): The classic hero of the ninties, the token good teammate of Ludlow's group and the man who's considered by many as one of the best. He wasn't the only good character in TLW, and Malcolm is still better, if only because Tembo was wrong about Ludlow and Malcolm was right about everything, but still a great man. Now, he'll be just the good old Tembo we came to know and adore. In contrast to the canon Tembo, his "The Lost Generation" version will come back in "Dig Yourself Together".

AJ samedi (Riz Ahmed): Tembo's lifelong friend and partner, replacing Ajay. Unlike the canon Ajay, AJ will be more perceptive about Ludlow's real intentions, which will make the latter do everything to set him and Tembo apart. He'll still be killed in proximity to the long grass, but in a darker way.

Heather Ludlow (Naomi Watts): Hammond's vicious sororal niece, and the main antagonist of "Back To Brain Work". On the surface of things, Heather is an ambicious woman who wish to restore InGen to its glory days and rising to the top, even if it takes throwing her own uncle under the train. But her true self is an insecure psychopath who craves for appreciation and kill people fot it. Unlike her uncle, who realized he's an idiot and tried to make things right before he died, Heather will only try to make things profitable. 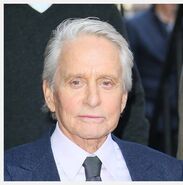 John Hammond (Michael Douglas): The man who invented Jurassic Park and a very contruvercial character. I have a lot of criticism toward this man, just like everyone else have, but i also respect his cinematic redemption. Honesly, i prefer that over his all villainous novel version. I would say that, at the end of the day, the cinematic Hammond is a grey character. Both harm and good. Both an arrogant man and a broken king who fought to end the reign of someone worse than himself.
Add a photo to this gallery

Dinosaurs and other creatures

Eddie Carr - Torn apart by the Buck and the Doe when he tried to save Malcolm, Sarah and Bastille.

Dieter Stark - Eaten alive by compies. By the time he got to the river, all that could be found was the parts they didn't like.

Most of InGen Hunters - Devided between the Doe and the teenage raptors.

AJ Samedy - Get smacked in the head with a rifle's handle by Heather Ludlow and left to be devoured by the raptors.

Bastille Nickson - lured the chameleons to her and blown herself, taking one of the beasts with her.

The remaining InGen hunters - Some are snatched out of nowhere by the remaining chameleon, and some others are being tranquilized by Tembo.

Ian Malcolm - Sarah and Malcolm rushed with the baby to the abandoned facility in order to lure the Buck away from the highroads. A cop stopped them for inspection. Malcolm provoked the cop by saying "if you really want to stop us, you'll have to shoot us", only to be shot in the neck by Heather Ludlow, who came out of the shadows holding a rifle. Malcolm is my second favorite JP character, but Heather is deadly, and I refuse to use improbable plot armors just because of my feelings toward certain characters.

Heather Ludlow - Sarah was forced to leave Malcolm's corpse behind her when she entered the storehouse. The young t-rex was there, desperately calling for help. Heather narrowly missed Sarah's head a couple of time, hitting only her shoulder. Sarah made sure that Baby-Rex is out of range, and then drawn her tranquillizer. A shootout ensued. Heather jumped on Sarah with a hunting knife. Sarah fended her off with her tranquilizer's handle to Heather's ribs, wishing to cause her rival the same pain cause to her when Malcolm was murdered. Heather kicked the tranquilizer out of Sarah's hands and slashed her face with the knife, almost taking her eye out. The rest of the fight is pending.

"How Many times must you carve your name on other people's tombstones? How many times must the point be made? You're causing your own extinction! Too many red lines have been crossed. Everyone's existence was changed in fundamental ways, but you're deluded by your megalomania. Genetic power has now been unleashed, and of course, that is going to be catastrophic. Since the change was Inevitable from the moment you brought the first dinosaur back from extinction. you convinced yourself that creation is an act of sheer will, but neglected to realize that your dreams are nightmares. Thanks to your vision, humans and dinosaurs, this time without any fences, are now going to be forced to coexist. These creatures were here before us, and if we're not careful, they’re going to be here, after. The park is closed. Welcome to the real world". (Malcolm calling Hammond out).

"Watch the dress. It's worth more than your education". (Heather insulting Malcolm. Just like in the canon, this is one of the harshest insults I ever heard, both in real life and in movies. People might kill me for saying it, but this sentence alone is something only a villain can say).

"It was either being with you or being with my mother, who left me and went to Paris. Hard choice" (Kelly's Sarcastic answer to why she joined Malcolm against his will).

"Heather, if you want me to run your little camping trip, there are two conditions: firstly, I'm in charge, and when I'm not around, Dieter is. All you need to do is sign the checks, tell us we're doing a good job, and open your case of Scotch when we have a good day. Second condition: my fee? You can keep it. All I want in exchange for my services is the right to hunt one of the tyrannosaurs. A male, a buck only. How and why are my business. Now, if you don't like either of those two conditions, you're on your own. So go ahead, set up base camp right here, or in a swamp, or in the middle of a Rex nest for all I care. But I've been on too many safaris with rich dentists to listen to any more suicidal ideas, OK?" (Tembo lecturing Heather about common sense, priorities and balance of power).

"I didn't say dinosaurs doesn't feel pain. I said I don't give a fuck" (Dieter to a fellow hunter during an argument about dinosaurs ethics).

Other quotes are pending.

The Lost Generation - Dig Yourself Together

Retrieved from "https://jurassicpark.fandom.com/wiki/User_blog:ScaryMovie53/The_Lost_Generation_-_a_%22Jurassic_Park%22_reboot?oldid=238116"
Community content is available under CC-BY-SA unless otherwise noted.