For our test of this concept, we'll be looking at the true third coming of Christ, Styggi!!!

Stygimoloch, ah, this gal made a nice little appearance in Fallen Kingdom, racking up quite the kill count as the first herbivore to do so. Unfortunately, like most dinosaurs, we don't know much about her besides what she does onscreen, which is literally just hating whistles and headbutting stuff a nice change of pace having an aggressive herbivore for once. Anyways here's a list of facts from the Employee Handbook:

Unfortunately, I haven't played the game, but I do have to say one thing, why are there so many red Styggis? Paleomemes, paleomemes everywhere. Anyhow it's not too strong, but very agile, raptor herbivore anyone?

Ah Ludia, you got two Stygimoloch based on the films, alright. Also haven't played JWA nor played JWTG for very long before it crashed on my crap phone, but from what I've seen they're pretty good to have around for battle.

Ah, here we get slightly more about the animal than fight or whatever Park Builder shows. Here, while it does share it's entire rig with the other two pachycephalosaurs, it differentiates itself by having to live in larger herds. It also has some nice skins, but really it is just a Pachycephalosaurus that lives in hadrosaur sized herds.

Oh my god, how did you manage to make our god even cuter!!! Good job Funko!

Mattel, once again, they all look good, welp, not gonna waste time here. 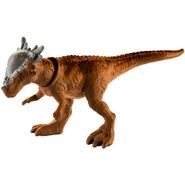 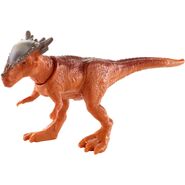 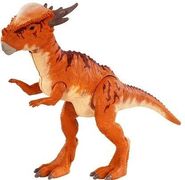 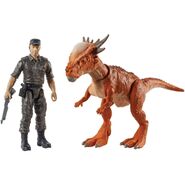 Welp, discuss. Depending on how this does we'll either begin improvement or simply drop this idea entirely.

Retrieved from "https://jurassicpark.fandom.com/wiki/User_blog:Theferretman21/Weekly_Discussion:_Stygimoloch?oldid=218013"
Community content is available under CC-BY-SA unless otherwise noted.