The Woolly mammoth was an extinct elephant, and along with the Mastodon (another prehistoric elephant-like beast), were the largest land animals after the dinosaurs disappeared. Mammoths seemed to flourish in the ice age and were well adapted to the cold. They had long, shaggy fur coats and layers of fat to insulate them. They were plant eaters who became extinct less than 10,000 years ago. In fact, mammoths are found in near pristine condition in the far north frozen in the ice. Efforts are currently under way to clone a mammoth and if successful, it would mark the first time that an extinct prehistoric creature has been brought back to life.[1]

The Woolly Mammoth makes an appearance in the Glacier Park section of Jurassic Park: Builder. 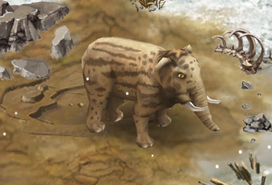 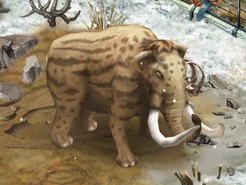 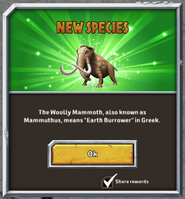 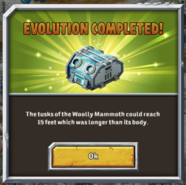 Evolution #1 message
Add a photo to this gallery

The Woolly Mammoth makes an appearance in the Cenozoic Park section of Jurassic World: The Game as a tournament Snow creature. 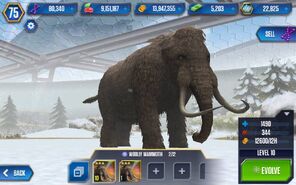 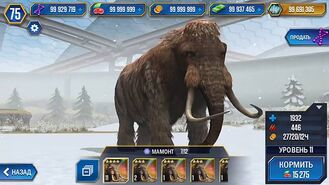 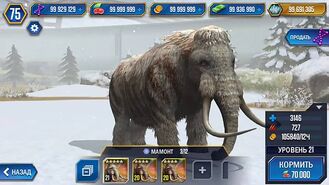 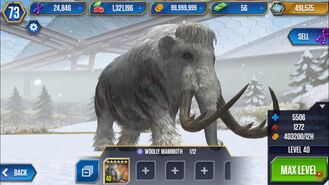 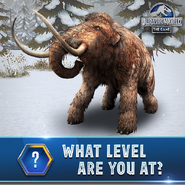 The Woolly Mammoth appears as an epic in the game. 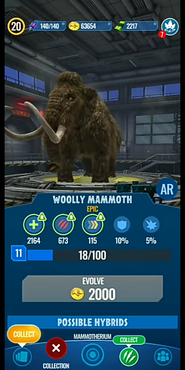 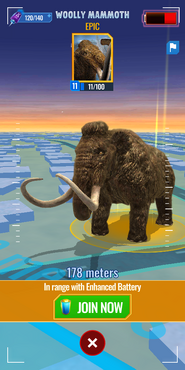 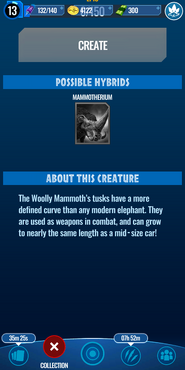 Retrieved from "https://jurassicpark.fandom.com/wiki/Woolly_Mammoth?oldid=231347"
Community content is available under CC-BY-SA unless otherwise noted.